I can remember the shock and surprise that spread throughout the sector when the news broke in the middle of last year that Lister Trade Frames had gone into administration. A fabricator so well known and respected nationally, despite being rooted firmly in Stoke and really only serving that and the surrounding area. It followed a number of other industry names that went to the wall, and marked a period of very high industry volatility that we had not seen since the Great Recession.

That however was far from the end of the story.

A few weeks ago I was kindly invited to the Listers Open Day, which of course was held yesterday, Thursday June 7th, to see their revamped showroom and all the other things that they have going on. It’s a company I have always wanted to check out for myself so of course I said yes.

On a perfect sunny day, I arrived and it was as if the troubles of 2017 had never happened! There was a real buzz and energy about the place. You would not have thought that this was a company in the depths of trouble only a matter of months ago. Yet, here they were, under the guidance of Roy Frost and his emerging group of quality companies, Listers had utterly got themselves back on the right track.

I don’t want to focus too much on the negative side of things, so I’ll get this bit out of the way now. Listers have a reputation for being a very close-knit team, almost family-like. Whilst speaking to members of staff there throughout the day, it was clear that what happened last year was utterly heartbreaking for all of them. You could actually see it on their faces and in their voices. How often do we see a business mean so much to the people who work for it in the window and door industry. Not many that’s for sure. It was a clear indication of how dedicated the staff at Listers was.

Anyway, onwards and upwards, and upwards it has certainly been. Roy Frost, former MD of Deceuninck UK and owner of GJB in Essex, took hold of the reins and injected new life into the company. When I say new life, the reality is a lot of former Listers staff who lost their job have returned. Just like getting the band back together. But more than that, they have had a massive showroom revamp, invested in their factory, brought on a range of new products and have launched their online pricing and ordering software called Easy Connect, which for me was the star of the day. But more about software in a bit. 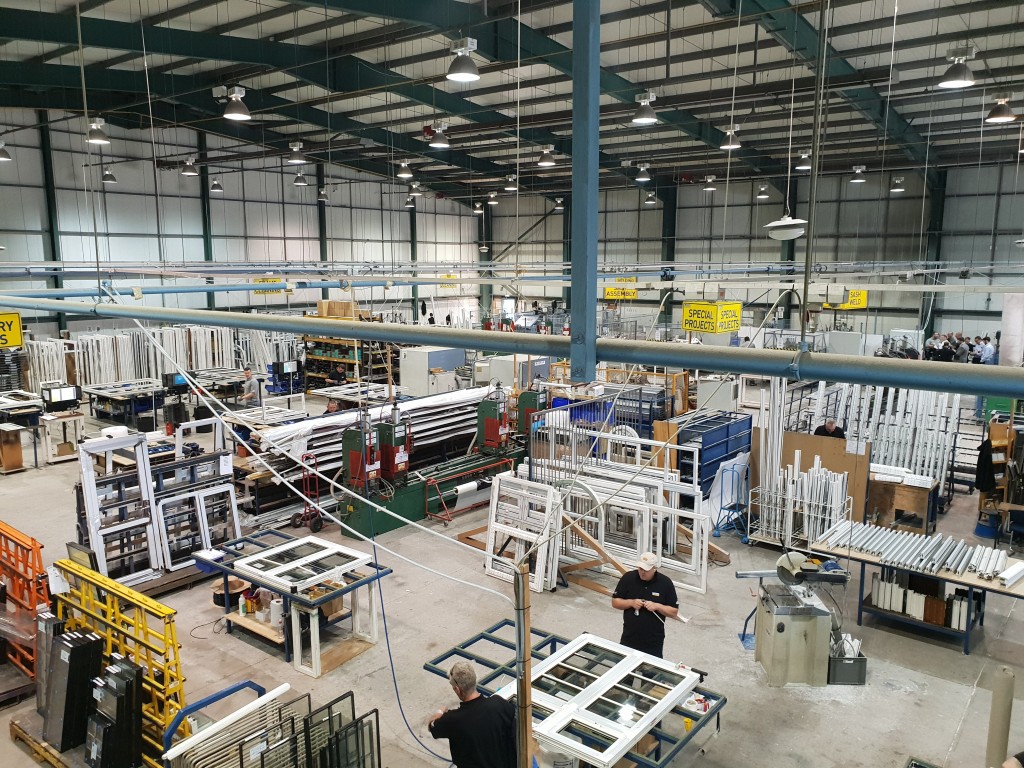 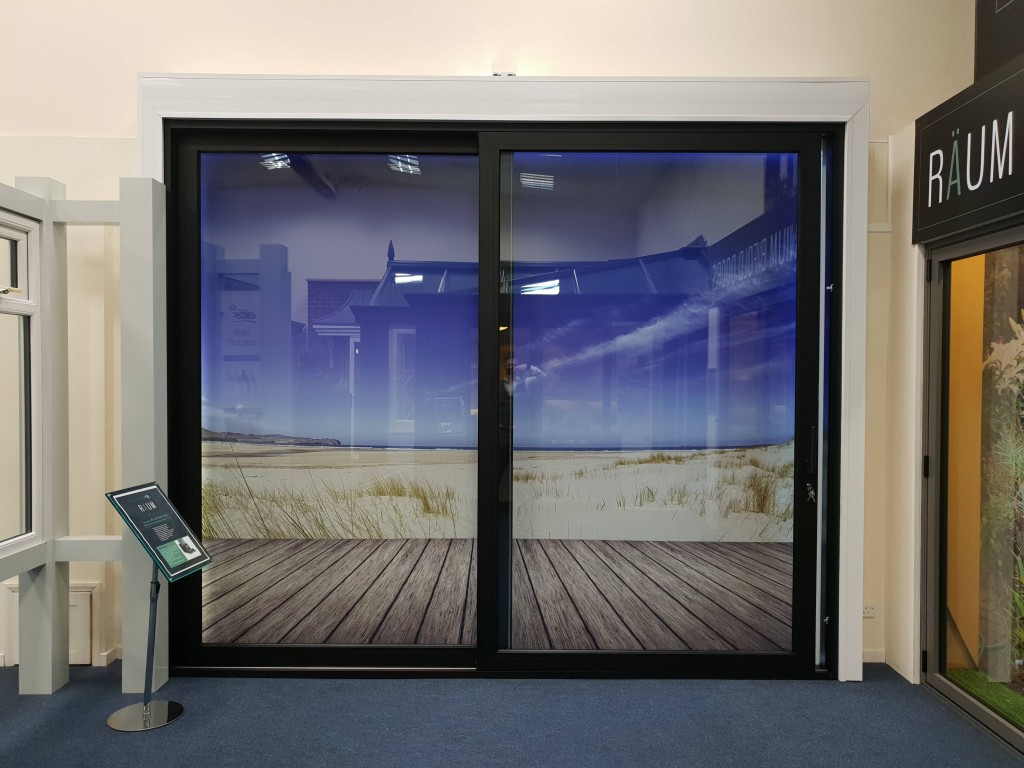 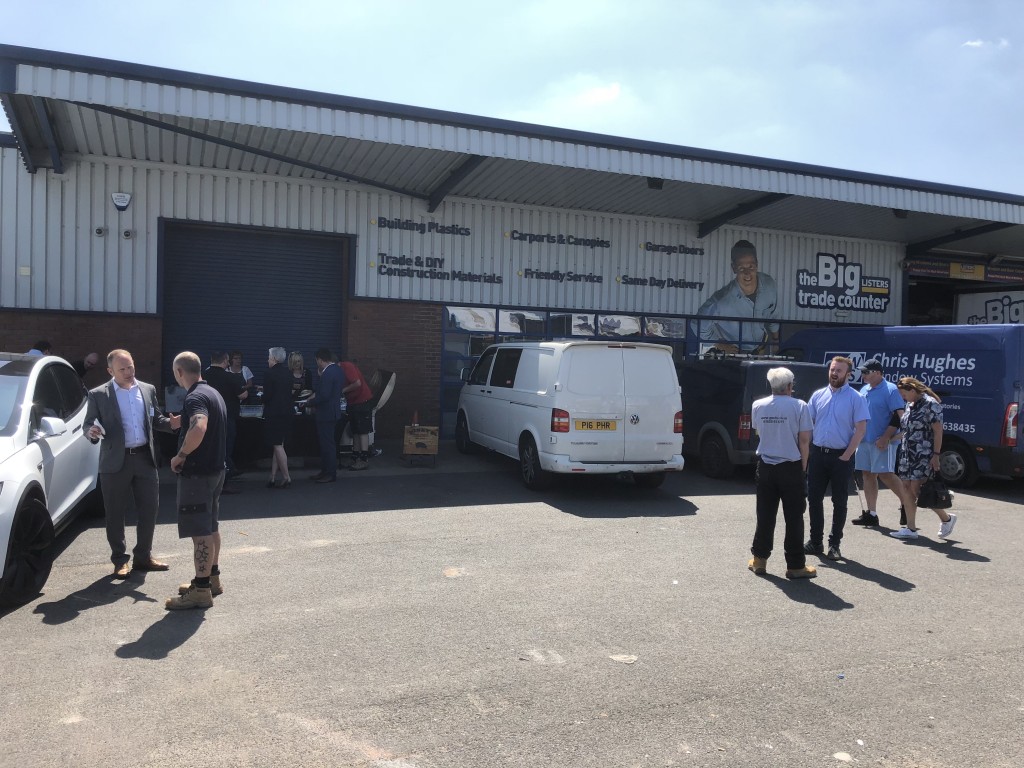 The hospitality was superb. Visitors were treated to tasty pulled pork sandwiches, which of course I made the most of, including use of the on-site burger van serving up hot sandwiches and drinks. I ate like a pig.

Here’s the thing. Had you not known what had happened to the company last year, you would not have known that anything would have happened at all. During the day I couldn’t see any signs of the stress that 2017 brought. It was unreal. And it becomes more astounding when you consider that of the companies that go into administration in this sector, so few of them end up being saved, never mind becoming even more successful than before. There was an energy and a buzz that I haven’t really seen at other places. I have seen enough to know when a fabricator is run of the mill or something else, and Listers does seem to be in the something else category.

It was a well attended event, with over 100 customers during the course of the day so I’m told. I’d say that’s a pretty good day by any stretch, and is a solid reminder of the popularity and new-found solidarity the company has right now.

During the course of the day there were a number of seminars on GDPR and HMRC/Self Employment. I won’t send to you to sleep on GDPR, however, I am going to cover self employment in a post soon here on DGB because that really was informative and there are changes afoot which will affect most of the sector’s installers. These were a helpful addition to the day and made it an open day worth attending. There are so many open days in the industry every year. If you give people a genuine and relevant reason to come, as Listers did on Thursday, then people will come.

The showroom revamp looked superb, showcasing a ton of aluminium, alongside a bunch of other products that will be familiar to existing Listers customers. I was told the team put in a shift in the weeks and days leading up to the open day, and it paid off. 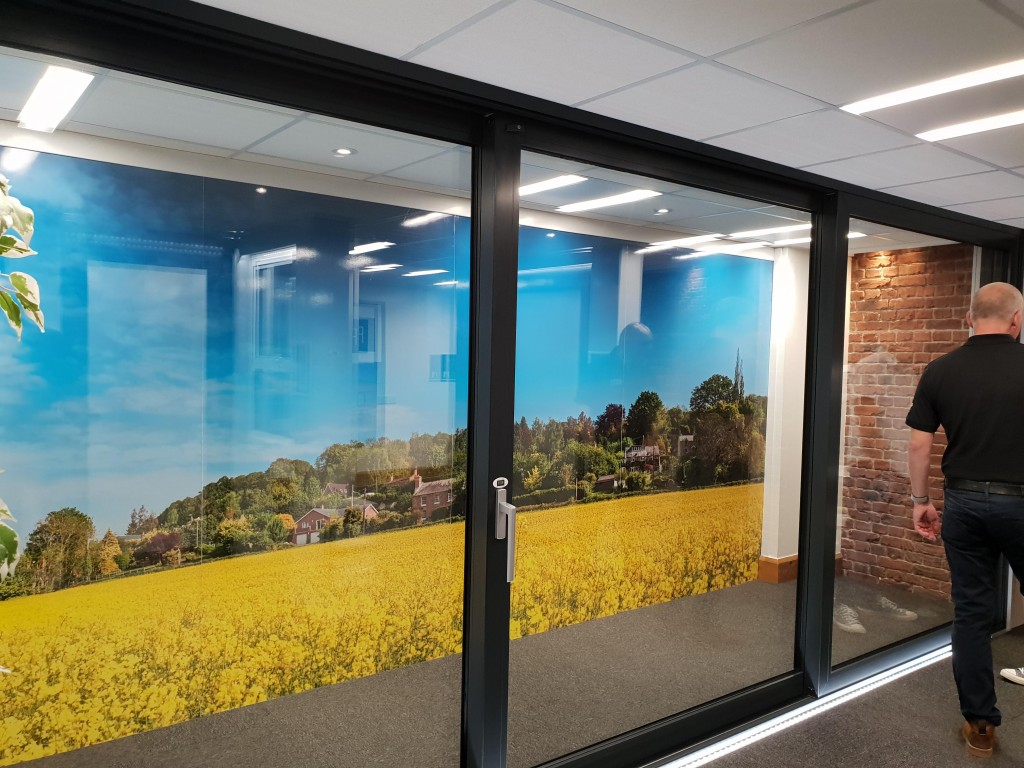 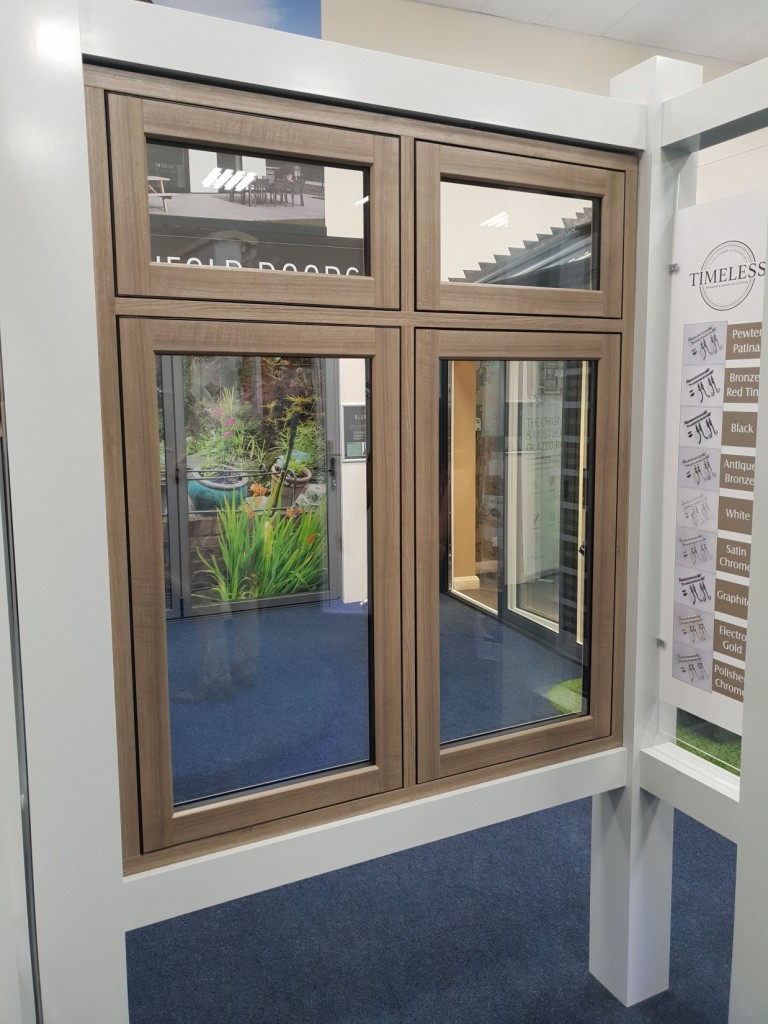 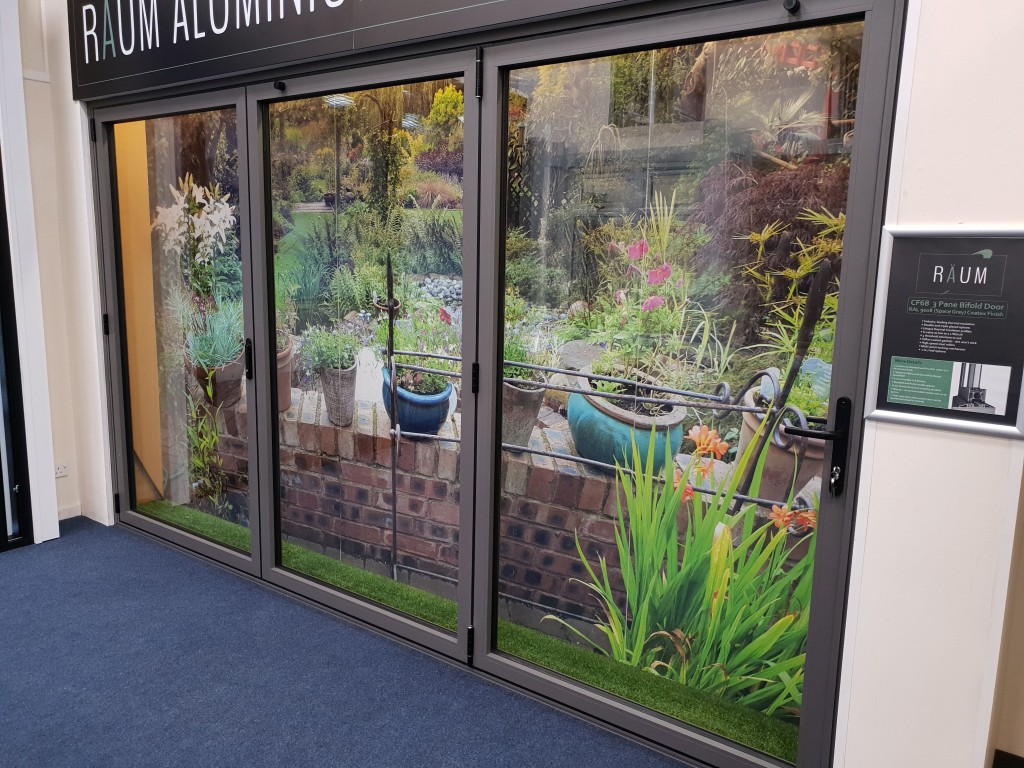 This day marked the stunning turnaround from the rather different fortunes of last year. Stunning is the word. Not an exaggeration. This is a company that is currently set to grow rapidly. Everything Roy has done to put things right, plus the investment and planning in products and software have put Listers in an incredibly strong position for growth. Credit should be given to the whole company and every single person who works there. Never have I seen a factory workforce so dedicated and passionate about their work. Every person I met in the factory shook my hand, explained what they were doing and their enthusiasm for the job. It was almost like they had employed a bunch of actors for the day. Obviously they hadn’t, but it was so refreshing to see a workforce so impassioned and in tune. Each and every single person understood the need for quality and customer service. They understood that when everyone works as a team, a single organism and firing on all cylinders, more often than note everything goes well and their installers are happy and get quality products every time.

The industry as we know is plagued with a number of fundamental problems. My advice is to go see how these guys work. Perhaps if more fabricators took a leaf then there would be fewer issues to tackle as an industry.

Ready for the future

Of all the things I was impressed with during the course of the day, their Easy Connect pricing and ordering software was perhaps the standout feature.

They have spent a lot of time and no doubt a lot of money building their own pricing and ordering software that is both cloud and app-based. After playing about with the programme, I can categorically say that this is the most intuitive, easy to use and installer-friendly programme I have seen. I’m not saying this because they have paid me, they’re not a sponsor. This is my genuine opinion, both with my installer cap on and my tech cap on.

It has been a real labour to put it together, but the end result makes the job of pricing up all of their ranges incredibly easy. I am going to do a proper review of the app rather than crowbar it into this already long post. Trust me, it’s worth reading. It’s worth testing out for yourself. Once you do, if pricing and software is one of your key areas, you might start wondering why your current supplier isn’t giving you the same.

I don’t often do industry event or open days. They all tend to be the same. I am glad I went to this one and appreciate the invite from them. This is a company that has utterly buried the troubles of 2017 and seem incredibly well placed to grow over the coming years thanks to their new stewardship and incredible team of staff across the company. I’ve never seen anything like it. I’m looking forward to seeing what heights they can scale in the coming years.