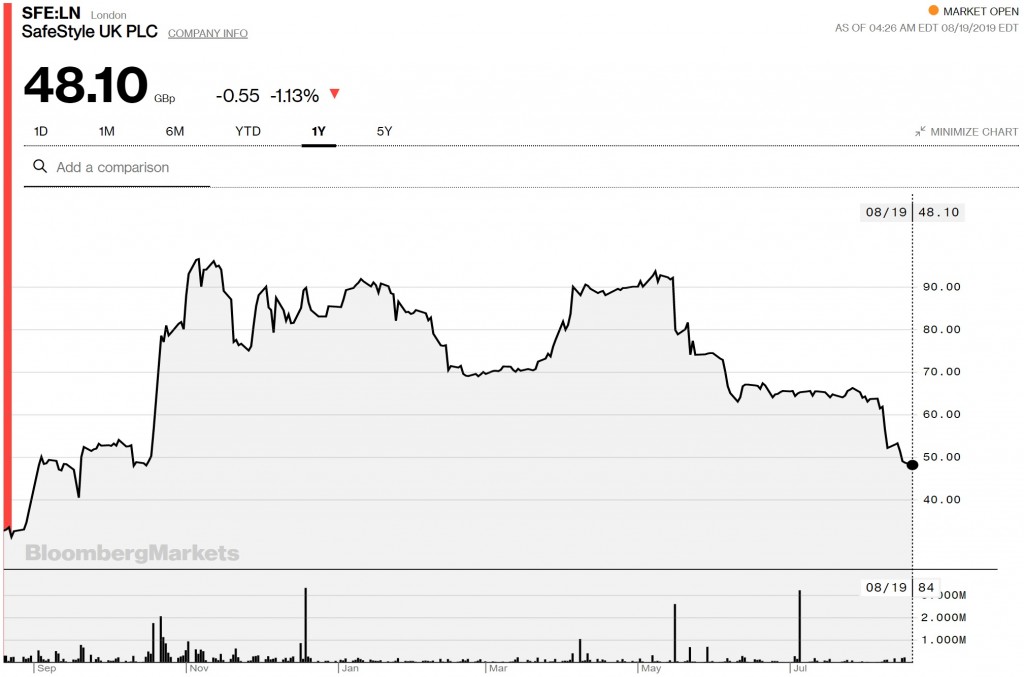 The fact remains however that since recovering to nearly three figures before the end of 2018 and earlier this year, their share price has fallen away quite steadily. This time round however I don’t believe it’s down to any bad news coming out of the company. Indeed, according to their latest reporting the turnaround plan for the business is on track.

When you consider what is going on in the wider economy, both domestically and globally, I suspect that the drop is a symptom of that, rather than anything to do with the company. If you look at the share prices of our other publically traded companies, those aren’t setting the world alight either. Remember, FENSA have reported a dive of 8.2% in volume this year compared to the same period last year. That a big number, and will likely have an impact for those who are active investors in the sector.

The general commentary right now is that the industry is going through a fairly difficult time right now. The August summer holidays are here, which is generally one of the slowest times for the sector. On top of that Brexit hype is slowly gaining momentum again as we near the October 31st deadline. The UK, European and global economies all seem set to enter a period of very sow growth if not recession. All of this combined means more cautious spending on big ticket items like new windows and doors.

It does seem then for at least the next few months the industry is going to be going through a rough patch. If FENSA’s latest figures are mirrored by other trade bodies such as Certass and Network VEKA, we know there is solid slowdown going on.

Disclaimer: this article is not to be seen as official trading advice on any traded company. This article is based purely on opinion.