Furlough And Furlough Mark 2 – What You Need To Know

Furlough And Furlough Mark 2 – What You Need To Know

We’re nearing the end of the Job Retention Scheme. Today the Chancellor is due to announce further measures for businesses that are going to be affected by further COVID-19 restrictions and shutdowns. This is on top of the new job support scheme announce a couple of weeks ago that is set to replace the original furlough scheme.

This is what you need to know about the existing furlough scheme as we wait for the new measures to be released.

These are the current requirements from the Govt and businesses phase three of the furlough scheme kicks in: 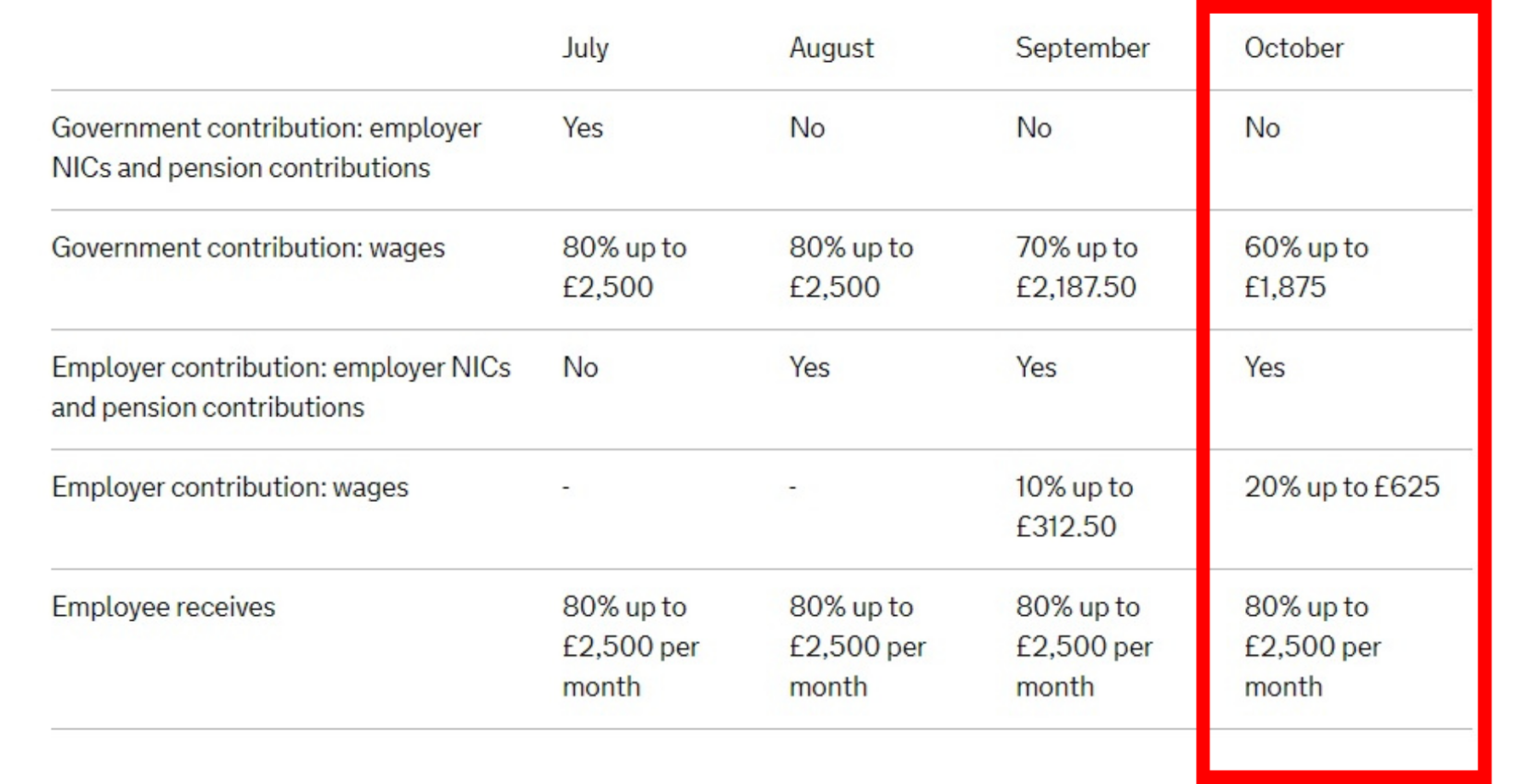 The Government contribution has dropped to 60%, which means if employees are to retain their £2500 per month companies will have to pay £625 per month. Businesses also have to continue to pay pension and NIC contributions.

As this pillar of support ends, it was widely expected that companies would start to make layoffs as it became financially impossible to keep all members of staff employed, even with the £1000 incentive bonus from the Government to keep people employed. The truth of that is £1000 isn’t enough for a business to change it’s mind. We have since seen the rate of those becoming unemployed increase.

At the time of writing, the Chancellor has announced new support for employees and companies that are due to be affected by incoming COVID regulations next week.

Chancellor Rishi Sunak has announced that the Government will pay two thirds of the wages of staff who work for companies forced to close due to COVID-19 regulations. This, as I understand it, will supercede the planned replacement scheme to furlough and is likely to be better received than his previous plans. The grants will be capped at £2100 per month and will begin from November 1st for six months. This can be taken as an indication as to how long the Government may think this particular phase of the crisis will last. Six months will take us to May 1st.

For companies forced to close, there will be a £3000 grant paid every fortnight. That also begins from November 1st. Devolved nations will also recieve extra funding to help with these schemes.

One area of the Chancellor’s statement that stood out to me was the term “companies”. Not pubs, not bars, not restaurants or hospitality. For me, this leaves the door open for the Government to ask business across all different types of sectors to potentially close. Something out industry needs to keep an eye on.

On Monday its expected that the Government, if not the PM himself in another address, will set out the next phase of restrictions. In a Sky News article this particular passage caught my eye: Under the proposals, people living in the strictest tier – tier three – are also expected to be ordered not to have any social contact with anyone outside their household in any setting, according to one person familiar with the blueprints being drawn up by the government.

What does “any setting” mean? Does it mean households only? Workplaces? Could it affect tradespeople working in homes? These are vague terms, chosen deliberately I suspect to keep the door open to further expansion. Monday looks set to be another very important day as we navigate our way through this crisis.