This is sponsored news from Haffner:

Haffner is celebrating an outstanding FIT 2022 and has already signed up for FIT 2023. Speaking after the show, Haffner CEO Dave Thomas said: “FIT 2022 was an amazing success. The quality of the footfall was tremendous, with numerous six-figure machinery packages sold directly from the stand from day one. We broke our own record for the amount of new business we secured and we have a large pipeline of potential new business too.”

Haffner’s stand stood out for several reasons. The first was its size – it was the largest stand in the show’s history and was memorably described on FIT TV as ‘less stand, more zone’. It also attracted attention as the home of the world’s first fully seamless window fabrication demonstration thanks to Graf Synergy technology. Dave commented: “Graf seamless welding technology is a gamechanger for the industry and this is reflected in the number of patents its machinery has. We were delighted to host Dekko Window Systems who recently signed a multi-million-pound machinery deal with Haffner to invest in Graf Synergy’s fully seamless window fabrication set-up. Live demonstrations ran every two hours throughout the show which attracted much attention.”

There was a general buzz throughout the three-day show, which was the first since 2019. Dave commented: “It’s clear the industry has missed being able to get together face-to-face and especially the ability to see a vast range of machinery for themselves. Fabricators of all sizes in both aluminium and PVC-U were able to discuss the packages that were right for their business. Our stand was busy throughout the three days and even though we had the largest stand in the FIT Show history, the return on investment was evident right from the start. We had no hesitation in signing up for next year.”

Nickie West, FIT Show event director, commented: ”We are absolutely thrilled that Haffner has become one of our first exhibitor signings for FIT Show 2023. Their presence at FIT Show this May was a huge success and we are excited to see what they have planned for next year. Being able to showcase running machinery on the scale that Haffner did at FIT Show 22 was a big draw for visitors. We’re excited to build on this, alongside Haffner, for FIT Show 2023.”

Dave concluded: “Congratulations to everyone involved in the superb organisation of the FIT Show this year. We’ll look forward to May 2023 and to another great year!’ 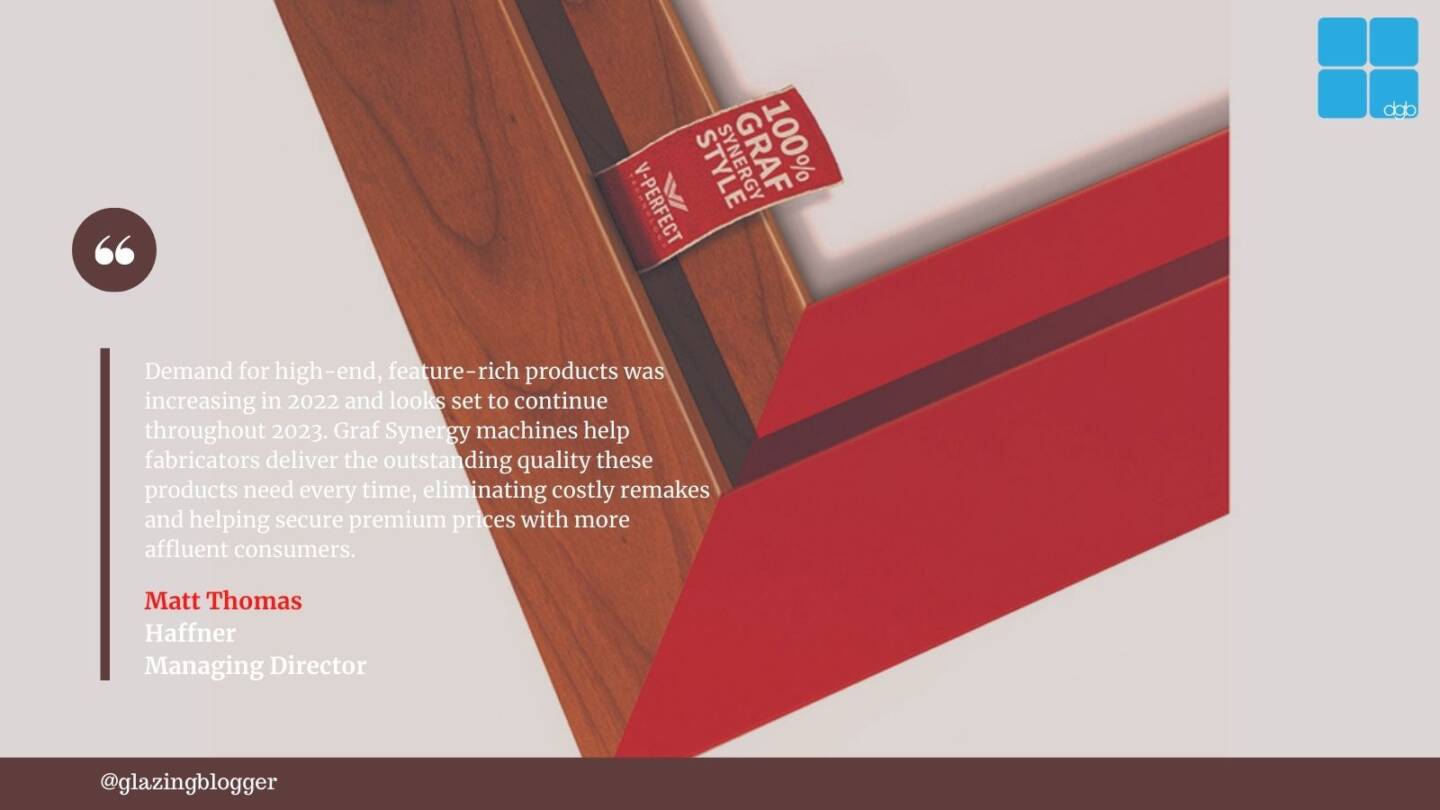 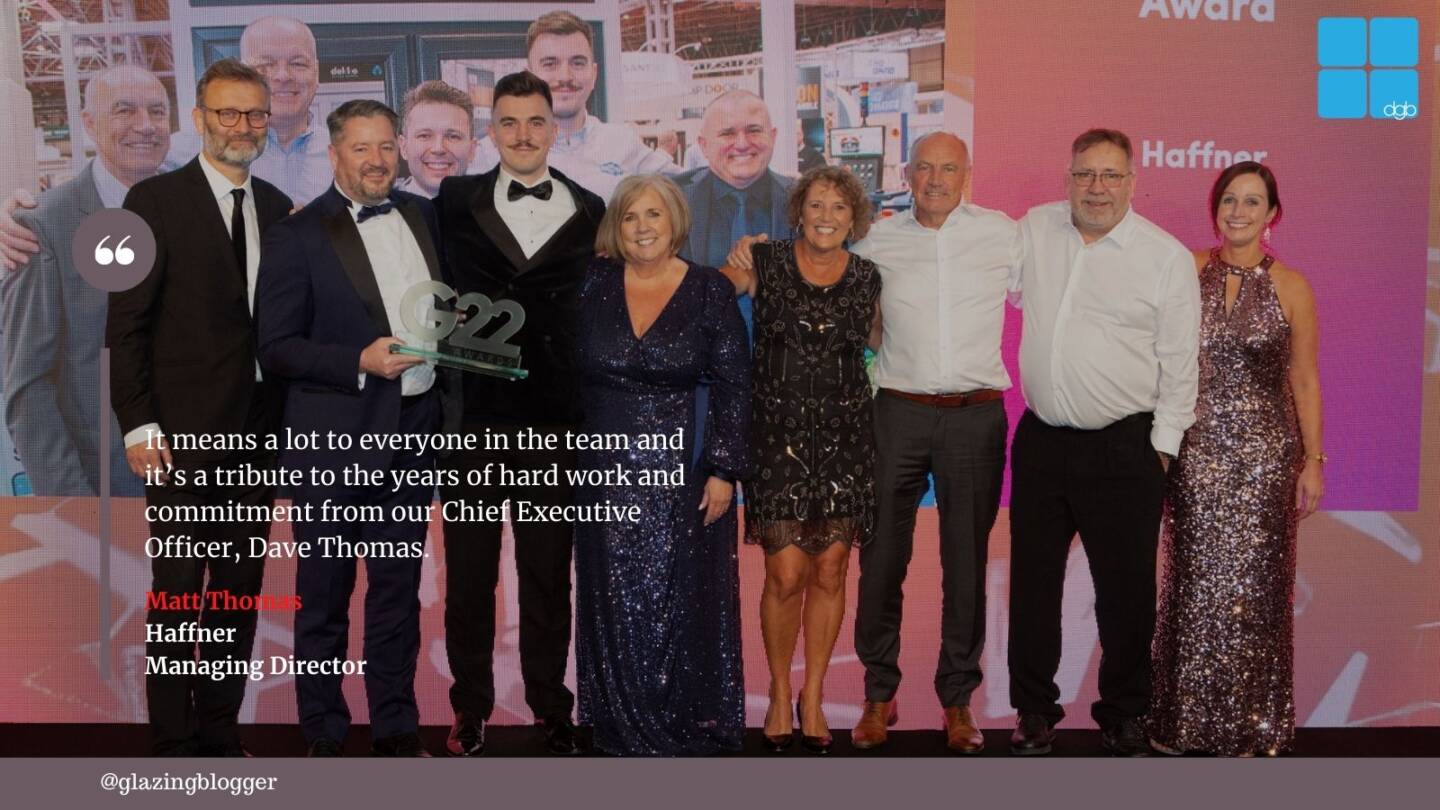 Haffner Scoops Machinery Supplier Of The Year At The G22 Awards 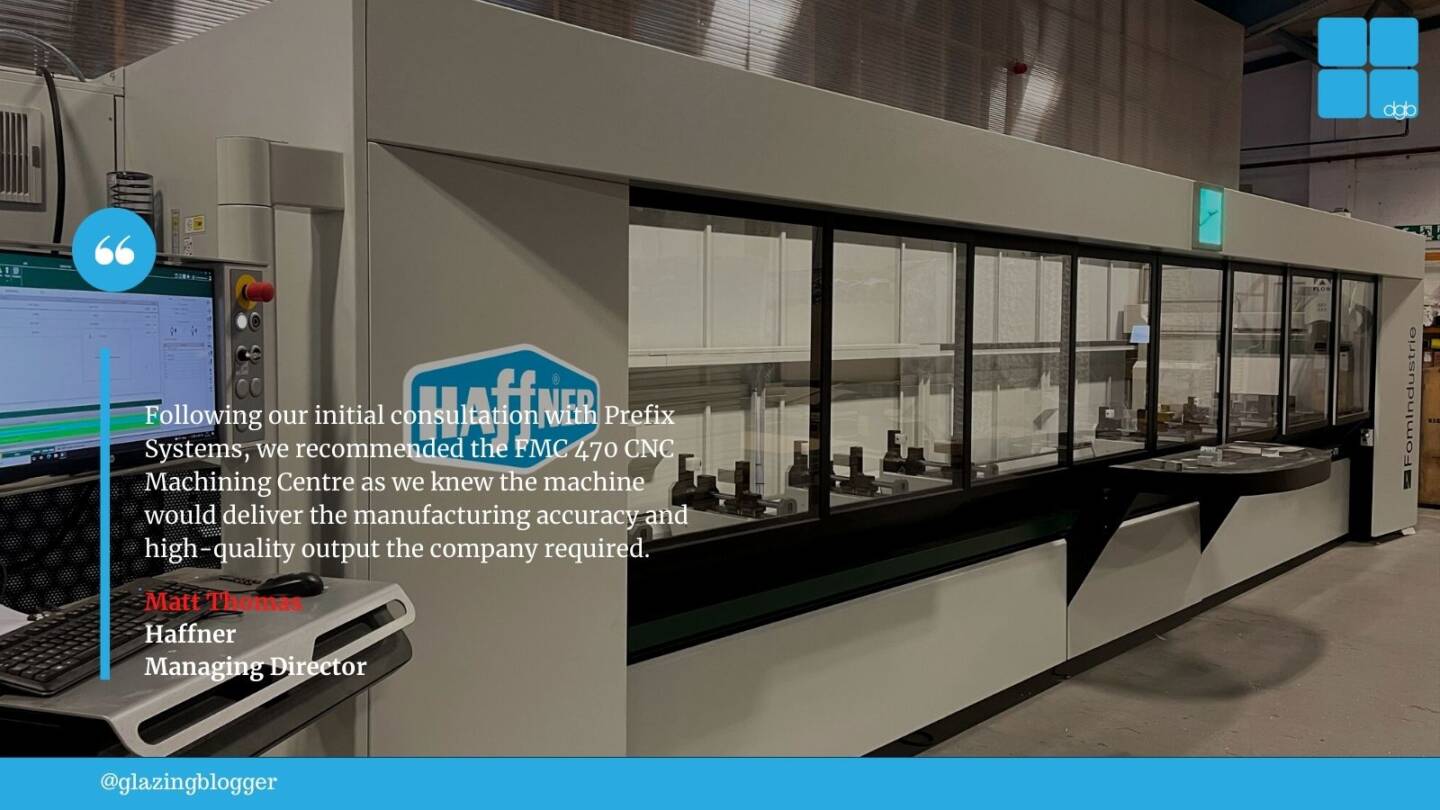