Beating off stiff competition, the multi-site national fabricator was selected by industry peers as the most deserving recipient of the award at a gala dinner held at the Hilton Doncaster Racecourse hotel at the beginning of November.

“The NFAs are a really good indicator of how you are perceived by those who matter: your suppliers and your customers,” Listers’ Regional Sales and Marketing Director Sam Weber said. “According to the organisers, this year’s event was the biggest since the awards were established in 2013, with 2,128 nominations submitted. So, it was a massive achievement just to get nominated! 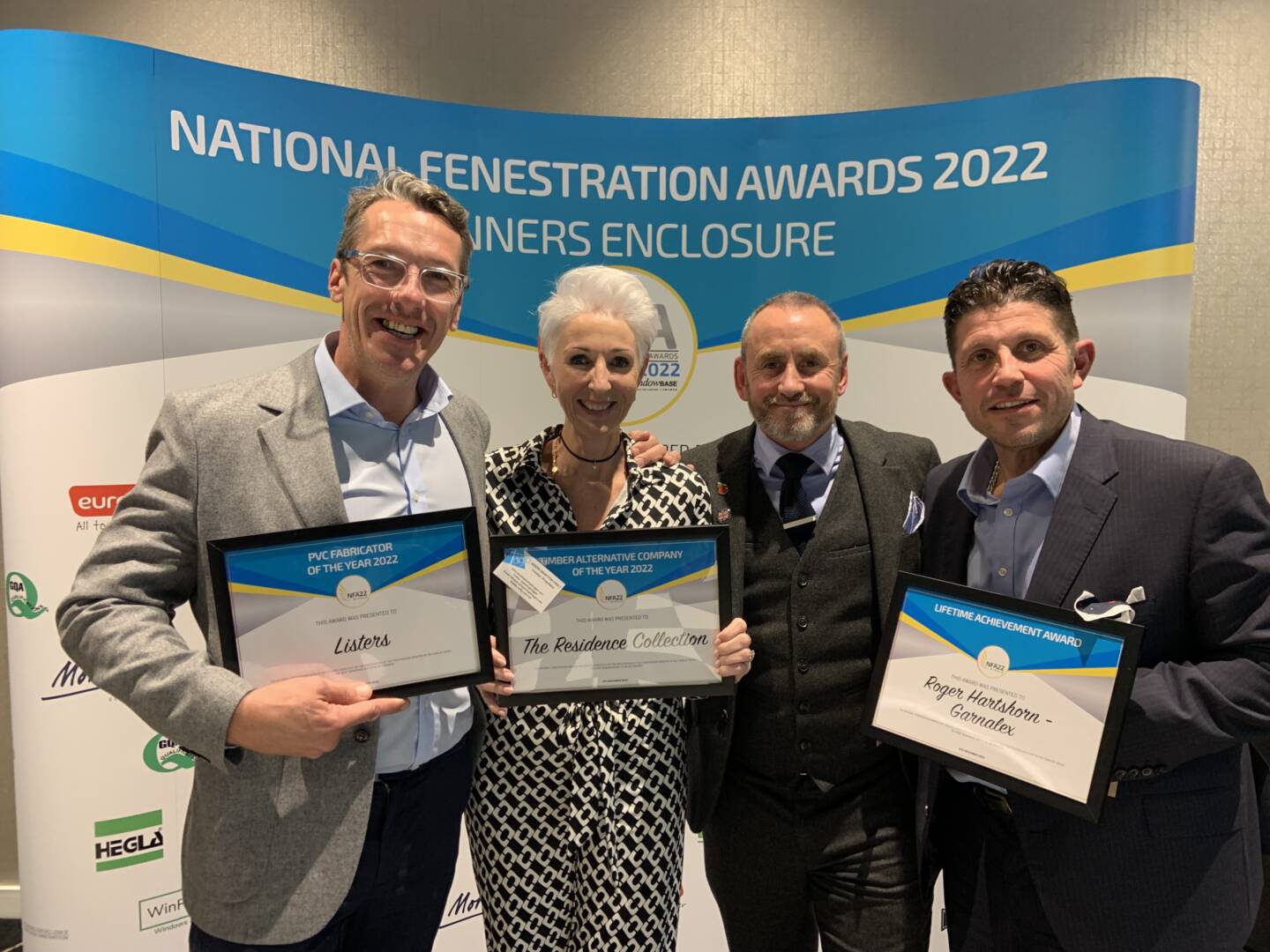 “We are thrilled to have won, and it is a testament to all the hard work that everyone across Listers puts into producing quality products while being easy to deal with.”

GJB Group acquired Listers in 2017, and in the process created one of the largest fabricators in the UK. Now operating under a single fabricator brand, Listers employs 340 people across 10 locations including six ‘Big Trade Counters’.

The company partners with several key suppliers – including Sheerline, Residence Collection, Eurocell, Veka, Reynaers and Doorco – to provide a wide range of products for customers, including a comprehensive premium collection, which is expected to be key as the market for home improvement products slows going into 2023.

Despite warnings of a recession, Listers continues to invest across all sites, which has included: a new ROTOX sash tandem line, which produces a sash every minute; new FOM saws and CNCs, to underpin the new aluminium facilities; and a new Schirmer cutting and machining centre, which significantly increases its PVC-U capacity. This represents in total more than £2.5m spend in the last two years on machinery and equipment.

Listers also pay the ‘Real Living Wage’ as a minimum. Most recently the company recognised the impact of higher fuel, energy and rents were having on employees and introduced a new ‘Cost of Living Allowance’ of £1,000. This applied to all staff across all sites (except the Board), and will run to more than £400,000, representing the biggest single investment in the business since the acquisition in 2017.