Five Things To Expect From Next Year’s FiT Show

Five Things To Expect From Next Year’s FiT Show

In just over six months time the third FiT Show will open it’s doors in Telford, and after a two year hiatus, the industry, the visitors and the exhibitors will be expecting. Here are five things to expect from next year’s show piece industry exhibition.

The FiT Show team have made it no secret that they have booked extra space at the Telford International Centre. After a good first year, and a solid consolidatory second year, they are banking on even more of the industry turning up over the three days. And with 90% of the floor space now booked, it looks as though they should set a new footfall record for the event. Here is the floor plan for the 2016 e 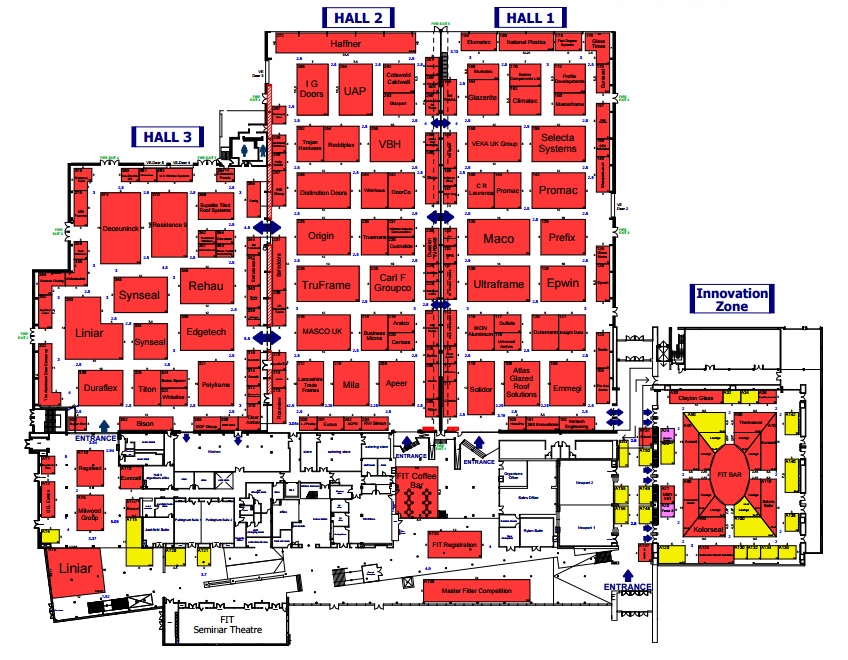 Take some good walking shoes, looks a few good miles worth of carpet treading there. I suspect that before the end of the year the final ten percent of floor space will get snapped up.

If you thought this year was busy for product launches and innovations, 2016 could be even busier. However I would caution that we will see very few until the launch of the show, as many won’t want to waste this opportunity to reveal their innovations in front of what should be a record footfall.

I didn’t have many gripes with the last event, however one of the few was with the food and drink available. I didn’t think there was enough choice, or enough places to put your feet up and grab something to eat. I’m hoping this time round, with the extra space booked and an increase in expected visitors that there will be more places to eat and a greater variety as well.

The FiT Show Gala Dinner is one of the events during the exhibition that most look forward to. The 2016 Gala Dinner should be the biggest one yet. 800 went last time around, that number should be surpassed this time round. No idea yet on who will be the guest entertainment. Personally, Reginald D Hunter would be a good choice, but that’s just me!

Many of the companies attending the 2016 FiT Show have attended more than once. Some of these companies will be buying bigger spaces, which means new stands. I will be very much looking forward to seeing some of the new stands on display this time round.

Last year’s stands were something to behold. Some were really intricate and eye catching. Some will be hard to beat, but I hope that the companies being brought in to design the stands for the exhibitors will be making an extra effort to go one step further and make some really exciting stands to visit.

As always, I will be covering the FiT Show in depth right here on DGB. There’s going to be the popular live page feature, along with daily reviews, and a couple of new features I’ll be hoping to introduce.

Jason, you are indeed right about innovation being strong in 2016 – I know we have quite a few things to bring to FIT and a few to show even before then. Planning of our stand will start very shortly – we are taking the same space as for the last two shows – its the biggest available stand size that we can buy. I’m not telling you this to brag, but FIT have kept a lid on manufacturers being able to by super sized stands – our type of product does take a lot of space to display and… Read more »

Hi Jason A great post and thanks for supporting the FIT Show. You’re right about us bursting at the seams a bit at Telford. We’ve sold more space since you posted this and as of 29/09/15 we’re more like 93% sold, and with a bigger footprint than previous shows. We’ll definitely sell the remaining space and the good news is this gives us more time to focus on visitor promotion. With more exhibitors than before we’re expecting growth in visitor numbers, and better targeting. You’re also right about product launches. I’ve visited many of our exhibitors over the past few… Read more »