I’m very happy to publish this exclusive article for DGB on the immense issue that is Brexit, by Mike Rigby from construction and home improvement industry PR and marketing agency experts MRA Marketing. Please feel free to join in the conversation via the comments section at the end of this article.

A massive thanks to Mike and MRA for their contribution. Enjoy!

However you voted and whatever you expected or hoped for from the Brexit referendum, much of the initial chaos has been resolved, mostly in unexpected ways. The Government and opposition front benches are quite different. It’s too early to do more than guess how successful Theresa May and her new Government will be in setting us off on a new path. But without an effective opposition, whatever the Government wants to do, it pretty much can.

So this is it. And the sooner we start looking out for the big opportunities rather than gazing fearfully in to the perceived security blanket of the EU, the better we will do.

The polls weren’t to blame

The shock many felt that caused the initial chaos is a reflection of how inward looking we’ve become. The media, politicians and the ‘elites’ mostly live and work in London, and London has become a different country from the rest of England & Wales. You can’t really blame the polls for misleading us this time because they largely got it right. By the last week of the campaign it was clear it was going to be very close and it all depended on who turned out in what number. Analysing the polls, one of MRA’s copywriters, Cathy Lynn, actually forecast the final result with great accuracy, and won our admiration and a cake for her efforts!

The perils of Groupthink

But if everyone you know voted as you did, it was a shock. The national media were stunned and appalled. Afflicted by groupthink, they ran around like headless chickens spreading fear and self-fulfilling panic in their readers and viewers. Seen through their eyes, Britain has fallen off a cliff. Exchange rates plunged, and the stock market was like a big dipper.

Is sterling doomed because Britain voted for Brexit?

The pound in our pocket is worth 15.6% less in dollars than this time last year, but it had lost half that by the end of May for various reasons, excluding Brexit which most economists never expected to happen. So sterling has lost 7-8% of its value as a result of traders expecting the worst from Brexit. It recovered 2.1% of that in the past week as everyone started to calm down.

Have shares gone to hell in a handcart?

When the FTSE100 bounced back up after its initial fall, the media said these large companies weren’t representative and the FTSE250 index of mid-sized stocks which were exposed to British markets were a more accurate reflection of the UK’s dire situation.

Given that stock markets price in what investors expect the economy to do, that’s hardly dire straits.

How have EU stocks been doing over the same period?

If investors are pricing in Britain’s downfall there isn’t the evidence here.

Some bankers may move to Dublin, Frankfurt or Paris. But many hasty threats to up sticks have been withdrawn. Siemens has backed away from its earlier warnings. “We’re here to stay.” says Joe Kaeser, Siemens CEO. “The UK matters with or without being a member of the EU.”

After the vote, a panicky CEO of one of Britain’s largest companies alarmed staff, suppliers and investors with a wild statement. Three hours later, after a ‘get a grip’ talking to by his chairman he replaced it with a more balanced statement.

Some companies I talk to say the market softened just before the referendum and there has been a softening after the vote. Others have ‘yet’ to see a change and many are still steaming.

Economists and media commentators assumed the worst, and cut expectations for housebuilders, and their shares dropped like stones after the vote. Steve Morgan chairman of Redrow whose shares fell 30% said: “sites remain busy, post Brexit, reservations continue to be taken. There is a long term underlying demand for new homes following decades of undersupply that leaves market fundamentals unchanged.” His remarks were picked up by other housebuilders who echoed his comments in a return to reality.

The fundamentals in our own industry are extremely strong. They were strong last year and strong earlier this year, and the point about fundamentals is that being fundamental means they don’t change that much. The prospects for housing and home improvement for the next 20 years are extremely robust. We haven’t been building enough homes for our fast growing population, and the homes we have leak heat and are poorly adapted for today’s living.

Better in than out?

“The core challenge for the EU is to make it work,” says respected FT columnist Martin Wolf.

In a very bad tempered referendum debate, everyone seemed to focus on the risks for the UK in leaving the safety of the EU. Remain highlighted the risks, while Leave rebutted them.

But free from the distorting prism of the debate, the very large risks of being a member of the EU are becoming clear. The debate compared a changing Britain with an unchanging EU, but it was misleading because the EU is on the move. It is about to enter extremely challenging waters and must change to survive. Many of its citizens will resist that change.

Many are even more dissatisfied with the EU than Britain’s citizens, for very similar reasons, and they’d like to follow us out of the EU.

In 2016, only 50% of Spain and 47% of Germany have a favourable view of the EU (compared to the UK’s 44%). France, a core member of the EU who we usually think of as totally loyal, is just 38% favourable to the EU. Greece is 27%. Strident opposition parties in the Netherlands and France are actively pressing for a referendum.

Europe has a banking sector problem and it is about to explode first in Italy. Eurozone bank shares have fallen 40% this year. The solution being pressed is a banking union.

The Euro itself is a problem that can only be solved by break-up or ever closer political and economic union. Far from creating prosperity the Euro has caused stagnation and massively diverging living standards. Between the beginning of 2008 and 2016, Eurozone real GDP rose by just 0.5% in total. But that covers up the widening gap between its countries: real GDP growth of 11% in Germany, stagnation in France and a fall of 8% in Spain and 11% in Italy. On the same basis, the UK grew by 4%.

Construction is feeling the slowing effects of a shortage of skilled workers. Many of our factories would stop without skilled labour from the EU and outside.

The principle of the free movement of people, one of the EU’s pillars, and the mix of large scale migration from within and outside the EU were destined to clash.

No one planned for movements on so large a scale, or a growing inpouring from outside. The EU needs new workers for the future, but absorbing them has caused massive social problems that the EU has not tackled. It doesn’t know how to solve them, or how to control the influx.

But the biggest problem is yet to come. A glance at the countries bordering the EU and the awful problems afflicting them tells you it will get worse. Famine, civil wars, terrorism, poverty, drought and fast growing populations. They have to go somewhere. Where else will they go?

Learning to look out, not in again

Now the decision is taken, we’re going to have to learn to look out, not in, and to make our own way in the world. As the 5th or 6th largest economy in the world that shouldn’t be an insuperable problem. Seen from this side of the fence, negotiating a trade deal with the EU seems like a road block. But seen from the other side of the fence, inside the EU, the possibility of not negotiating a satisfactory one with the UK is worse. Commenting on the incompetence of EU politicians whose intransigence caused the Brexit problem, and who have been threatening vengeance on the UK, the German employers’ federation said this: One in five of Germany’s cars go to the UK. Can you imagine what BMW or Mercedes will say to Merkel if a satisfactory trade deal isn’t agreed with an independent UK?

Most of the world is outside the EU. Most of the opportunities are outside not in. The outside is growing and expected to grow faster. The EU has been stagnant and its share of world GDP is shrinking. We have to look out and let go of the past. 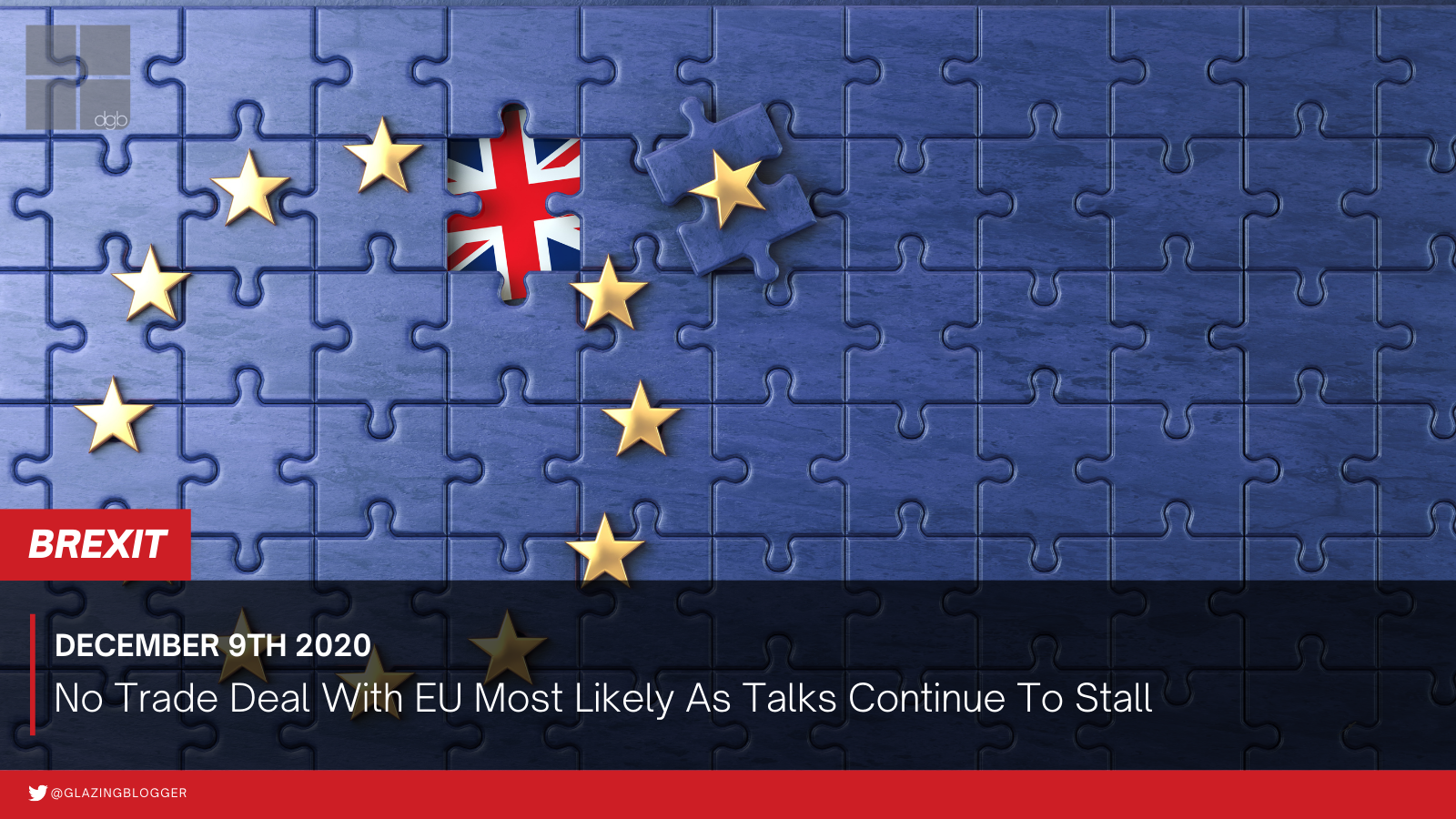 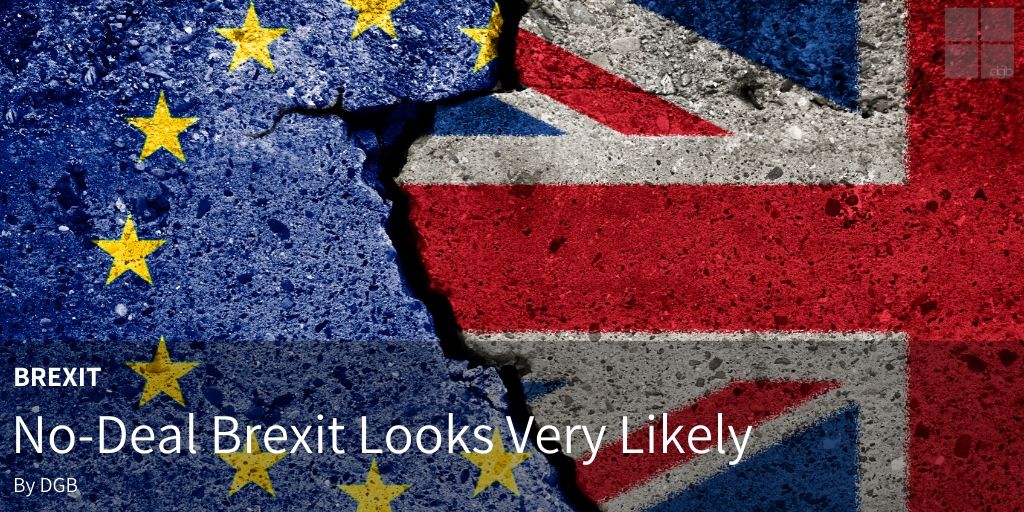 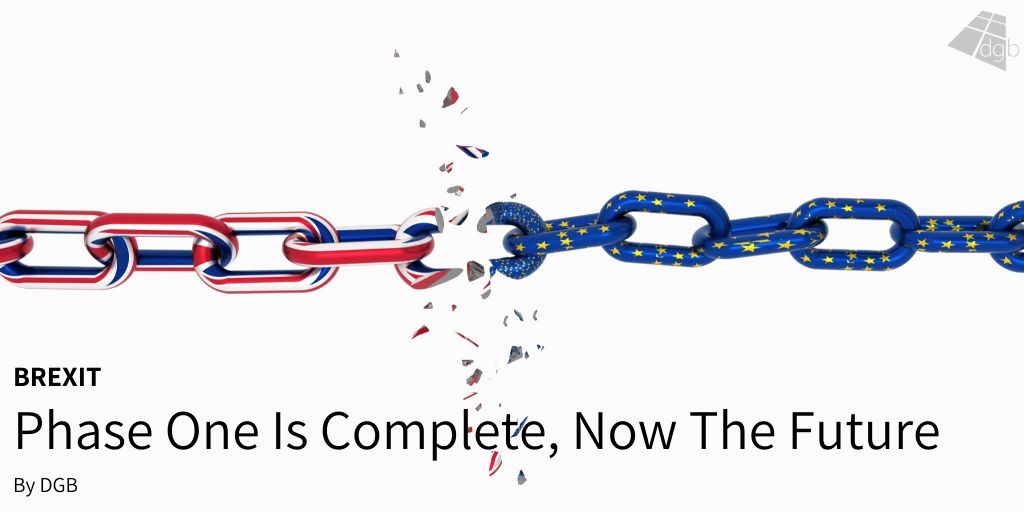