In part two of this three part special series into DGB and how the whole thing works, I’ll explain how this site is actually run. I organise and run this site by myself, so it’s important I keep it operating as smoothly as possible.

This site is built completely from WordPress, which is the world’s most widely used website building software. I don’t host the site on any servers of my own. I use a company a few miles from our office called Fivenines who charge me a small yearly hosting fee and provide help and assistance if I need it. That really is the only cost to me to run DGB.

The site has been really reliable of late. Although when I first moved from Blogger to a hosted WordPress website, there were a few early glitches where the site would go down periodically. Now though, any downtime is rare, and it’s important to me when traffic is so high and advertisers rely on DGB being live as much as possible.

I touched on writing in the first part of this series. You can see that post by clicking here. But in short, I try and publish at least one new article per day. This allows me to keep the site looking fresh and give people a reason to come back and visit DGB again. Because I have a growing number of advertisers, this can sometimes stretch to three or four new posts in a day, depending on the regularity of the PR that is sent to me by those advertisers.

As you know, you can’t just have a website and hope traffic comes to it. You have to make it happen. So as part of the wider DGB environment I have four established social media platforms which DGB has a presence on:

Twitter is perhaps my most effective social media platform. At the time of writing the @glazingblogger account has over 7700 followers. LinkedIn does pretty well for traffic too, with the DGB account having over 1650 connections. Facebook is relatively new in comparison to those two, although that is now starting to gain some traction. The jury is out when it comes to Google+. I was told I had to be on it. And I post every new article to the DGB account on there. But I don’t see any real traffic from that.

My social media accounts are a big driver of the site’s growth. The more that follow the larger my potential audience becomes. Although a lot is about quality or quantity, if I can reach 10k followers on Twitter by the end of the year, I’ll be happy.

One area that I had stupidly ignored up until recently was my email subscription list. I can’t really tell you why, it was just one of those things I had never bothered to invest any time in. Perhaps if I had looked into developing this years ago, the site would be even bigger than it is right now.

Still, I have dedicated some time to it and at the start of the year I signed up to MailChimp, one of the world’s most popular mass email services. To date, I have 664 subscribers that get a weekly email every Thursday morning with all the posts that have been published on DGB in the past seven days.

There has been a healthy growth in industry professionals signing up, and I hope to reach the 1000 mark by the end of the year. But one thing I am proud of, and want to stress, is that DGB emails are going out to people that actually want to sign up and receive them. I don’t use email databases which go to tens of thousands of people, where most will simply delete them before they open them. I am building a list of industry readers that are signing up by choice. It means my open rate and click rates are higher than the industry average, and will be an effective platforms should a company wish to advertise on them in the future.

So, if you’re reading this but haven’t yet signed up, don’t worry, click here and you can get it over and done with in a matter of seconds!

I’m not always sat down in an office in front of my laptop, so my phone is a key part to running DGB. I can observe and use all of my social media platforms and post links from DGB to them all.

I do most of my tweeting from my phone, reply to a lot of emails from my phone and occasionally edit posts on here from my phone too. It has made running DGB and it’s social media accounts a breeze and I simply couldn’t make it work without my phone. 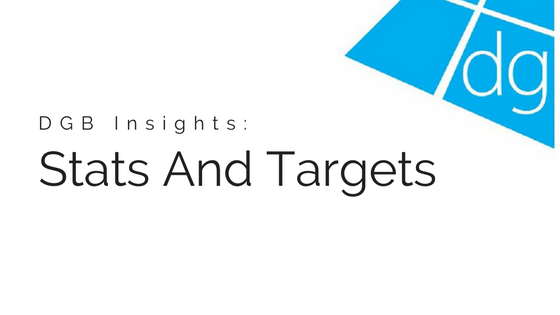 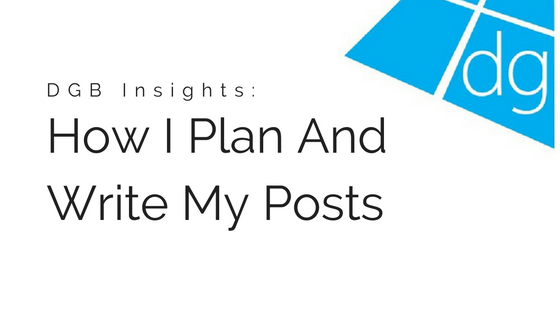 DGB Insights: How I Plan And Write My Posts Gallery