Furlough Begins To Wind Down – What You Need To Know

Furlough Begins To Wind Down – What You Need To Know

The start of July also began the start of the end of the highly successful furlough scheme, also known as the Job Retention Scheme. It has been one of the most expensive parts of the UK Government’s support programme during the pandemic and has kept millions in employment that would have been at risk of losing their jobs.

We’re currently in phase one of the wind-down. Here is what you need to know.

Up to July, the Government was liable for 80% of a person’s wage who was on the furlough scheme. It was then up to the employer whether to top up the wage 20% to give that employee their full wage or not. From July 1st, that ratio changed. Businesses would have to contribute 10% to the employee’s wage and the Government contribution would drop to 70%.

In August and September that ratio drops again to 20% from the business and 60% from the Government. Here is a breakdown of how furlough will work for the next few months: 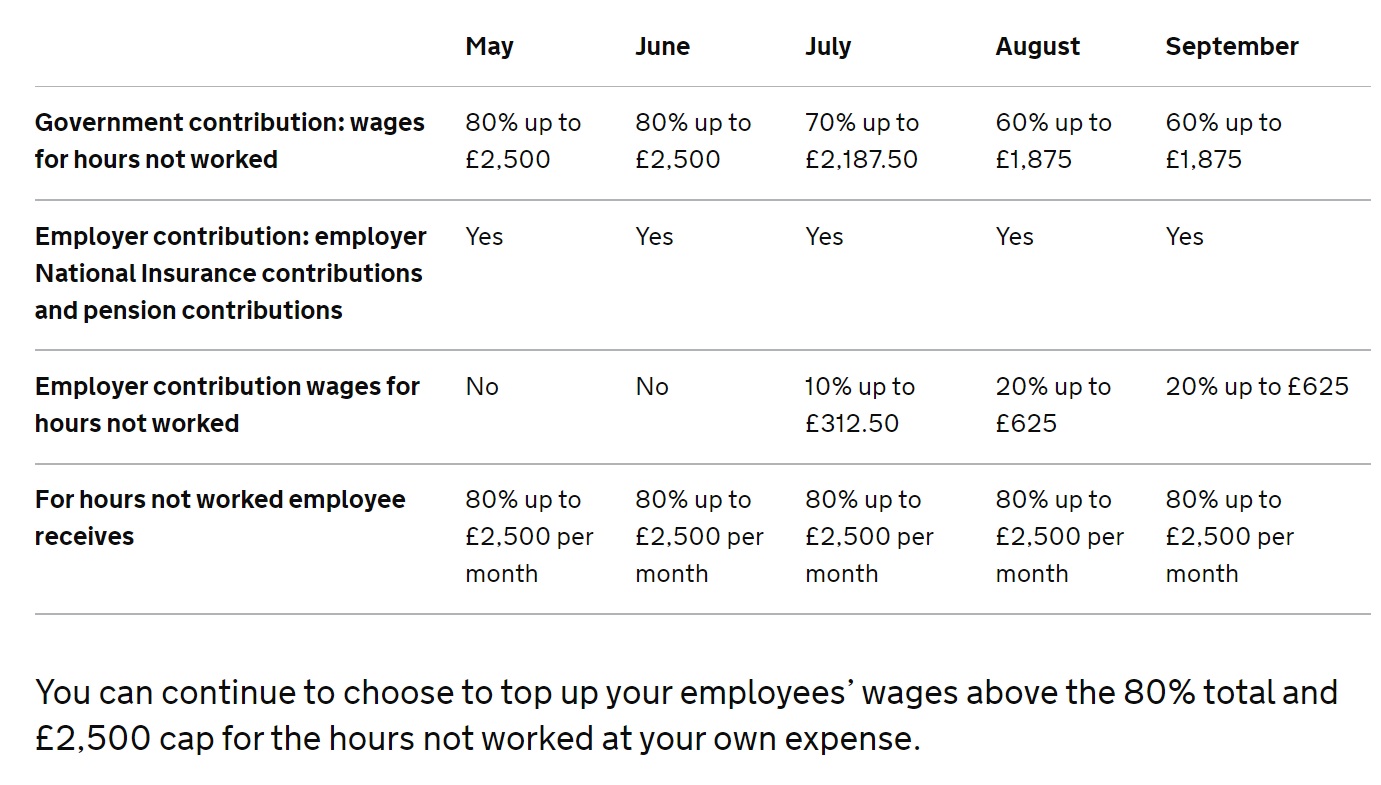 There are fears that as the furlough scheme begins to shut down that hundreds of thousands of jobs could be lost. At the time of writing, there are currently 2.4m people on the job retention scheme. That concern is genuine.

Most sectors of the economy are now partly or fully open. Bar nightclubs and other niche areas. The businesses that remain restricted won’t represent those 2.4m people. The concern is that if the sector you operate in is open, and you’re still not back at work, that job placement looks shaky. During the pandemic, companies have found ways to operate much more efficient and streamlined. It means they have been able to conduct business with fewer people.

That being said, customer satisfaction levels are at decade lows and there are well-voiced problems around labour and customer services. So there is an argument that companies need to keep hiring people to ensure service and output levels remain growing. Should that happen, those 2.4m still on furlough should be able to find good employment opportunities across the economy. The UK fenestration sector is one of those areas that desperately need workers in all positions.

One of the regular predictions is that when furlough ends the economy is going to take a large hit and may end the current spending bounce from the general public. It is estimated that when the job retention scheme ends it could cause 275,000 jobs to be lost. At the moment, the unemployment rate is 4.7% or 1.613m. If predicted job losses come to fruition it would still remain below 2m.

That is though a conservative estimate. As I mentioned above, if your sector is fully open but you’re not back at work it does not look great for your job right now. Could it be higher than 275,000? Perhaps. But it depends on how strong the economy recovers in H2 and if the labour market picks up. There are plenty of sectors looking for staff right now, but many are reporting that they are struggling to attract people to those vacancies. We need to find out why. One theory is furlough is too attractive for people to go back to work. That some will be happy to remain at home on 80% pay and do nothing.

Come the end of September that will end and people will have no choice. At that point, I think most will end up going back to work or look for new employment. Personally, the end of furlough I don’t think is going to create that much of an economic hit. It’s a phased withdrawal that should ease more people back into work.

The bigger risk for me continues to be inflation. I still believe that major institutions and banks are way behind the curve on the risks higher inflation will pose. The BoE and The Fed in the US are tracking this way too slow. Those at the coal face, as it were, have been witnessing price increases for nearly a year now. Those in UK fenestration know this well. The cost of a door, for example,  in 2021 compared to 2020 is already hundreds more. If inflation is allowed to rise too high, and doesn’t prove to be transitory, which I don’t think it will be, there is a real risk interest rates will have to rise way sooner than predicted. That becomes a problem to anyone with large debts, including the national debt, tracker mortgages etc.