>Government Own Goal On Feed-In-Tarrif Cuts

>Government Own Goal On Feed-In-Tarrif Cuts

The Government is set to score a huge own goal on 12th December, when it implements a massive 52% cut to the feed-in-tariff from companies who sell their unused energy supplies back to the national grid.

Indeed, this is going to make life for solar panel businesses very hard. We had ours done for free by a company called A Shade Greener. If we’d have had to pay for it, it probably would have cost us around £10,000. The way the company could do it for free was to sell all our unused energy back to the grid at a good rate. Over a certain amount of time the accumulative savings would have paid for the installation. However, with these rates being cut by more than half, we have to ask if these solar specialist companies are at risk of going bust.

By cutting as steep as this, it’s going to take A Shade Greener more than twice the time to be able to pay off their installations. Is this going to be too long a time in order for the company to survive?

The estimate of homes having solar panel installations was hugely under-estimated. In fact the number of homes having panels was three times greater, at 100,000, than the Government’s conservative first estimate. Also, the cost of solar panels has reduced dramatically over the past year, so the Government explains that to prevent profiteering by solar companies, they have to reduce tariffs so that they fall in line with costs.


Usually, I would be the first one to applaud such actions. However in this instance, we desperately need companies to be making big profits. Firstly, so that companies can expand their operations and employ more staff. Something which the jobs market urgently needs. Secondly, the Government will claim more tax if their profits rise. Again, something which the Coalition urgently too!


The Government are really shooting themselves in the foot with this one. The solar industry created a boom within the market, creating 39,000 NEW jobs. This huge cut in rates will pose a deadly threat to those new jobs, and the many businesses that have created them.


A debate on the bill is due for Wednesday. I’m hoping there will be a rebellion within Parliament which will stop it being put through. However I fear there won’t be, and the solar industry will be bumped back on the back burner. 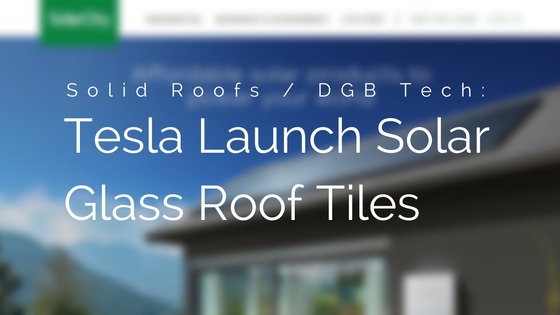 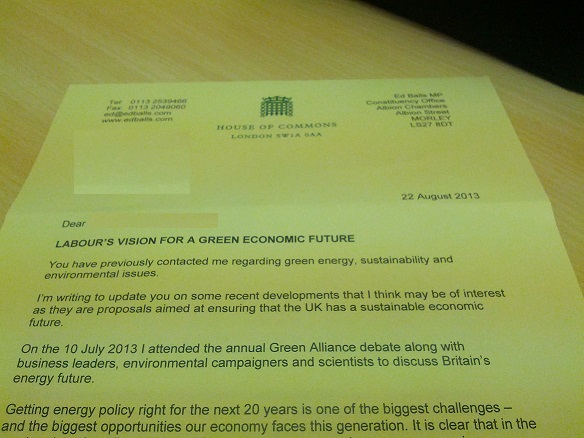 Another Letter From Ed Balls Gallery

Another Letter From Ed Balls

Money To Be Made In Solar