In the words of one of the BBC’s Olympic commentators: “it’s going to be oh so close!” Why is it that our industry always does things at the last minute? As an installations company, we are due to be classified as a manufacturer as of July 1st thanks to the new CE marking regulations. But things start to get a bit less than clear at that point…

Because we sometimes buy our glass units separate to our frames, we are classed as a manufacturer. But the CE marks apply to each product on it’s own, and not together, which does create a bit of a bureaucratic problem. For a combined product to pass all the relevant CE tests, paperwork has to be provided to prove that both products individually passed all the right requirements.

So, in an effort to be prepared and ready for the start of July, we have asked for all paperwork from all suppliers relevant to CE marking. How many suppliers have got back to us? One. Just one! We’re already into the middle of April, and these changes are massive. Yet I’m hearing lots of comments from people saying that suppliers won’t bother with getting documentation together until we get closer!

Why wait? I’ve never understood why our industry leaves it so late to get ready for such changes. Take WER’s for example. So many were late to the party when the official changes came in. Why? Is it laziness? Poor management? Lack of knowledge? As an installer, we always want to make sure we are fully prepared for any such industry-wide modifications, so we seek to have everything in place before it actually happens. Yet there always seems to be resistance to trying to be ahead of the curve!

I fear, like on occasions before, the industry is going to leave it very late to make sure every area is compliant and ready for the new regulations. Though it really shouldn’t be like this. An industry worth more than the UK music industry should be far more organised and prepared for changes, rather than leaving it to the last second to implement changes.

It is down to suppliers and manufactures to make sure the correct paperwork is readily available to all those installers that are now going to be classed as manufacturers from July 1st. 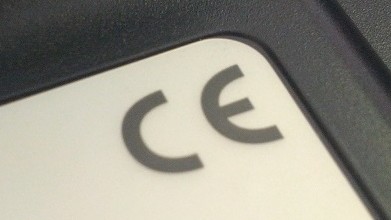 80% Not CE Mark Compliant – But That’s Not The Problem

CE Marking For Conservatory Roofs: Yes Or No?

Fair point, but your example of WERs is not good. The first companies that had their assessments done paid thousands of pounds for each window calculation. However, after a bit of competition came in to the market once it got going, the costs were in the hundreds and those ahead of the curve had no advantage what so ever!

Either way, CE Marking will be a joke. Who’s policing it? Are FENSA/CERTASS inspections going to pick up on it? If they’re not, then the odds of Trading Standards ever getting involved will be very remote.

way back when during the war etc…………… we were told as sealed unit manufacturers we HAD to have BS-EN1279 – personally i got it 3 years before it was compulsory as i thought it was a good string to the bow- i have been asked to produce my certificate of compliance at best 10-15 times in the past 8 years, i have got CE marking but to date have not had a single request for documentation – this things cost the manufacturers thousands of pounds to get, and absolutly no one as far as i can see police’s it as… Read more »