Sorry to bleat on about this again, but this is something I feel strongly about.

Thursday saw the defeat of the Government which meant that the UK will definitely not take military action in Syria. Much to the rejoice of many who saw this as a good thing. But the ultra-democrats need to step back a little and now appreciate the situation that is at hand.

America looks poised to carry out military strikes without our help. As far as I’m concerned this is good and will hopefully achieve what it needs to. However, the lack of British presence on an issue that we have been so outspoken about is highly embarrassing. And what is worse, France have now stepped in to that breach and will be quite happily cosying up with the US now. America thinks our political process is weak and the French will be loving our disastrous inability to back a government.

Lord Ashdown on Friday morning did a number of interviews on various news outlets and quite eloquently put it that today was a bad day to be British. I agree. There are those that say it was a great day for democracy and that the Parliamentary process worked. Well I would say that wrong decisions can be made in the right way.

There are also those that say we need to wait for the UN results of their investigations. Many are forgetting that the UN report will only confirm if chemical weapons were used and what type. It won’t actually say who fired them. So why wait two weeks just to be told what we already know?

Anyway, I better wrap this up now before I rant on any more. I really do feel sick to my stomach for the people of Syria. Britain used to be a country where it stood up for the people in the world who were in desperate need of help. We have now become the country where we turn our backs on people because there is a hard decision to make. Shameful.

Back to windows now, I promise! 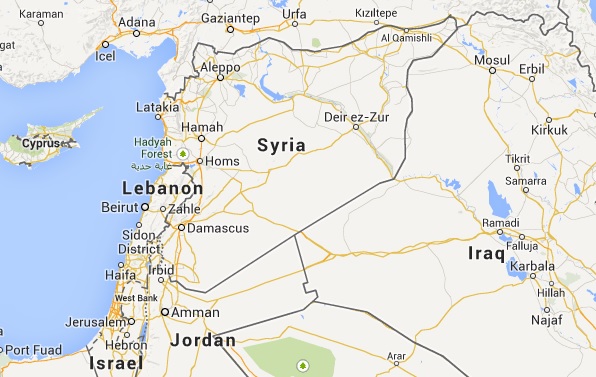 To Attack Or Not To Attack? Gallery

Could Iran Spoil It For Us?

Time and again we get sucked into these middle east conflicts, I would support any action where the UN mandates it but why we view ourselves as the world’s police man with a diminishing military presence is beyond me.

So who are the good guys in Syria? They got so many faction of freedom fights, who should the Uk support? What about North Korea? What the poor in India and Mexico…. These counties have to try and sort their own problems out. As for America an ex- British colony, until the French help them out to throw out British sovereignty. The French are a bit like Man U supported who live outside Manchester, go with the winning side… and to finish my rant do we still have a WwIi debt with America? France and Germany I am sure You… Read more »

Why advocate war except as a means of peace? Will a Syrian war bring peace – that is the question. Some people think that war is just God’s way of teaching them Geography. Older men propose war, but it is the youth who fight and die. And, usually, it is the poor that get slaughtered while the rich egg them on. What if the Assad regime did not use this gas? What if, by this countries support, the government is replaced by the ones who may have gassed their own people? Note the stolen incubators story that finally fired up… Read more »