Will 2014 Be The Year For Triple Glazing?

Will 2014 Be The Year For Triple Glazing?

Given the focus on energy efficiency in almost everything we do, it remains a surprise that triple glazing hasn’t taken off yet. But I think in 2014 we could see that start to change.

One of the main reasons triple glazing has been stunted so far has been the price barrier. In some cases it remains significantly more expensive than double glazing for very little gain. But as with all types of technology, the older and more populous it gets, the cheaper it becomes. As people start to become more confident about the economy and their jobs, the idea of upgrading to triple glazing from double glazing may not seem that expensive.

There are tangible benefits to triple glazing. In high noise areas, the extra layer of glass can make a big difference and for those looking to maximise savings on heat loss and thermal gain, triple glazing does that better than double glazing does. But triple glazing is a product that came around at the worst time. It arrived during the worst of the recession, just as people were slamming shut their wallets and going into full panic mode about their jobs and the wider economy. The industry has had to be a little patient to really push triple glazing, but 2014 I really do think might by the year where we see it take off in a stronger way.

One of the bigger question marks surrounding triple glazing as a product is energy efficiency. Not efficiency itself, we know that 3 layers are better than two at keeping heat in. But there remains a question about which is the more accurate way to measure it. Looking around, most companies have decided to go down the u-value route. This is probably because there are disparities when it comes to using the WER certificate because solar gain is harder to measure. As a general rule I have always regarded u-values as the best way to measure the energy efficiency of a window because the tests are regarded as more accurate.

This leads on to a wider argument then. If triple glazing is going to be widely measured using u-values, surely the best way to move forward is to use u-values for standard double glazing as well? If we don’t, the industry risks causing confusion with the consumer, with the industry looking rather contradictory. How can we say as an industry that we know u-values to be more accurate, so we’re using them for triple glazing, but we’re sticking with WER’s with double glazing despite that? It’s an issue that I believe is going to come up more and more next year and we’re going to need some genuine and credible guidance on how to proceed with making a decision.

So, triple glazing, do you think 2014 is the year it is going to make it’s mark? Or are we still shooting a little high at the moment? All comments welcome in the section below. 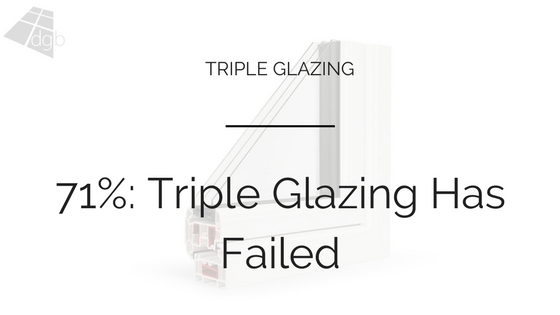 71% Think Triple Glazing Has Failed To Break Through Gallery

71% Think Triple Glazing Has Failed To Break Through 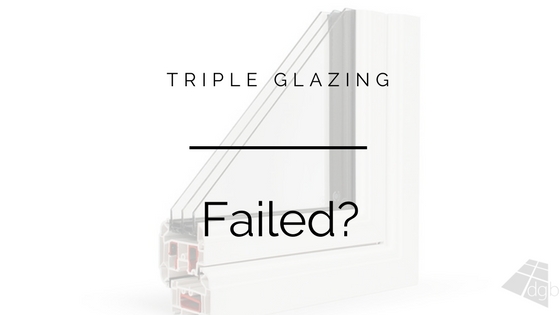 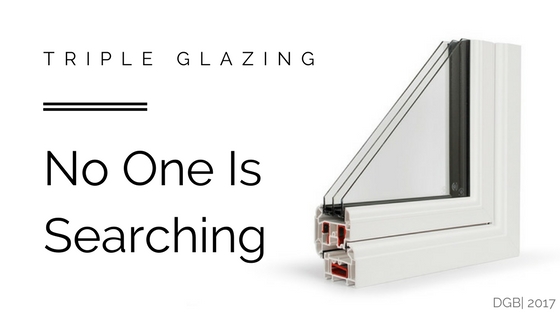 In my eyes, its the only way forward with the regulations changing and the need for more energy efficient glazing systems being ever more publicised in the new build sector triple glazing has to take off even more so than it has in the past 2 years.

Our business runs solely on the business generated from triple glazed windows, we don’t sell double what so ever and we can survive with fairly substantial overheads…..if we can do it in Scotland with a population of 6 million i’m sure the rest of the UK can with a population of 59 million!

I’ve always admired how Scotland has always been able to do things first! For whatever reason, there just seems to be more appetite to change for the better, in most things it does, especially in building and construction. Triple glazing is the way forward I agree, but one thing I think the industry has lacked since the introduction of triple glazing is not educated the consumer better – at least in England anyway. I see very little mention of it in consumer literature, and the amount of triple glazing info online is sparce compared to double glazing. Thanks for your… Read more »

We’ve seen a massive increase in triple glazing in the past 6 months . Both system supplier and glass supplier have got there act together and now offer great products at good prices . The uplift from double to triple on a compleat window is about 10% .. In my eyes that’s a no brainer

Seems people might now be listening when others have said triple glazing was initially too expensive. A 10% uplift in prices is reasonable given the benefits triple glazing brings.

Thanks for your comments on here Dean this year, they have been much appreciated! Hope you and your family have a great Christmas and New year!

I think that because the cost difference isn’t that much to upgrade to triple glazing it will become much more popular. I am however skeptical of what impact this will have on the maximum size of side hung sashes, will it cause problems?

Although I disagree that you think triple glazing came about in the recession (my director was importing triple glazed products from Scandinavia in the late 1970’s!) I certainly agree that there will be a swing more towards triple glazing in the next 12 months. In 2014 we are no longer offering one of our most popular systems, the Combi Alu composite system, in double glazing- we are upgrading all windows & balcony doors in this system to triple glazing at no extra cost to the customer. (This is the first public mention of this!) Our other most popular system has… Read more »

We have been offering triple glazing for over two years now backed by its retail brochure and it as proven to be a success for the forward thinking companies who haven taken it onboard. It gives you two chances at winning the sale, one for triple glazing, a premium product at a premium price but if that is beyond the customer price you can then offer A rated double glazing. This is working very well for our customers as the Veka system can offer A rated very cost effectively but also 36mm 1.1 uValue 40mm 1.0 uValue or 44mm 0.8… Read more »

Firstly, Scotland is the only part of the UK that could justify triple glazing for climatic reasons. The rest of the UK just doesn’t need it. Secondly, there are tried and tested methods of achieving excellent acoustic performance in double glazed units. Thirdly, all sealed unit manufacturers that I have come into contact with (a significant number) agree that the cost of a triple glazed unit is double that of a standard unit. The middle pane is toughened. There are two sets of spacer bar. Two cavities are gas filled. Production capacity is reduced. labour cost per unit is increased.… Read more »

I am not sure that the industry will bother with WERs if triple takes off.
I wouldn’t be surprised if the WER formula puts a like for like DG vs TG calculation as having the Triple worse rated .
If anyone has the numbers it could be worth a giggle , but I guess there would not be tooo much in it. as its the massively overcalculated solar input that makes ratings so skewed , the loss of it through the triple might prevent the extra insulation of the unit showing any rating benefit .

2015 is going to be the year for triple glazing. All of the biggest firms are now running promotions on it and it wont be long before all of the smaller firms start to follow!

At the end of last year, I might have disagreed with you. But after seeing the energy in triple glazing at the start of this year, I think you could be right. I know in Scotland you lot are much quicker to move forward on the building front than the rest of the UK is, and credit to you, we all should be. How would you say triple glazing is performing up there right now?