The glazing magazine industry got a little smaller today when one of the oldest industry publications, Window Industries, ceased publication.

Started in 1974, Window Industries magazine has been a part of the industry for four decades and for many companies was the main way the industry sought it’s news. Now many of you will know that I have had a less than favourable opinion of some of the print publications over the years, and I am pretty sure they have had a pretty less than favourable opinion of myself as well. However, it is never nice to see a business closing it’s doors and I hope that all the staff associated with the magazine manage to find jobs very soon.

There is a wider point we all need to take from this though. For the last couple of years I have repeatedly said that the print industry needs to adapt and change in order to survive in the internet era. More and more people are consuming their content on mobile devices and laptops, ditching magazines and newspapers. The chances that our industry magazines might be at risk have been around for some time. They have needed to change the way the operate within the market. They have needed to make all their print content available online and more. Some have tried to do that, namely Windows Active and Glass News both having good websites with content being available to view. But other, namely Window Industries, failed to recognise the winds of change and didn’t have much of an outlet online.

This sad episode should really be a wake up call to all the industry publications who think they are protected from the threat of internet media. Instead of denying the obvious, they should embrace it and adapt their publications to work in tandem with both print and online. They need to find an effective and productive way for the two mediums to work with each to promote the whole business. If not, then we’ll see more go to the wall.

There is of course the other matter of the Top 30 competition. I have not been a fan of this at all, simply because I didn’t believe that the list was a true representation of the fenestration industry as a whole. There was always a distinct lack of timber, steel and aluminium representatives. Yes it may have been a bit of fun, as the magazine kept on saying, but would it have harmed to be a bit more diverse? Probably not. All I will say, is that there might be a bit of a rush for another company to take this spot up. Watch this space ;-)

I want to wish all the staff involved with the magazine the best of luck in finding new work as soon as possible. 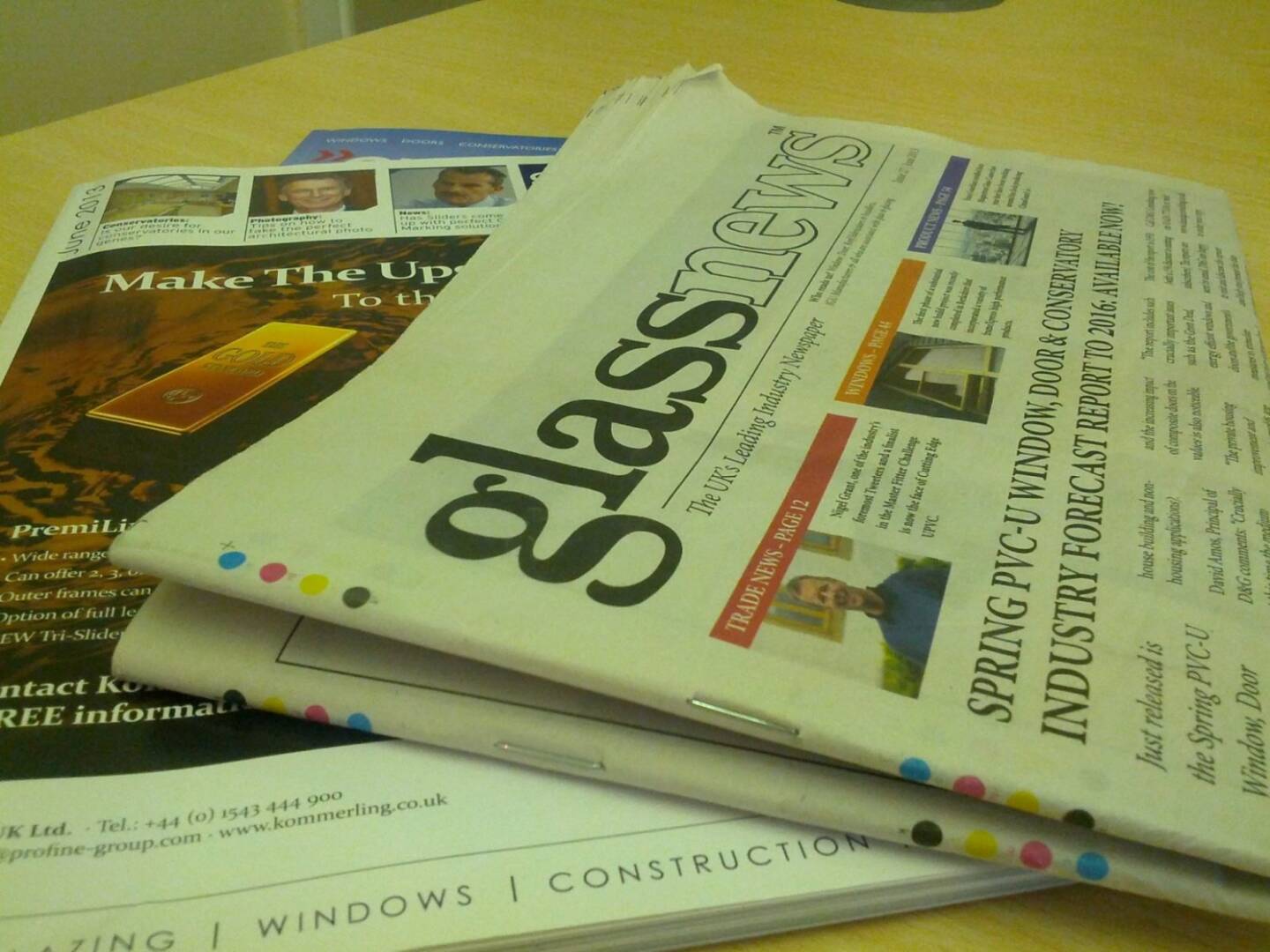 Half An Industry Gallery

>How Long Left For The Industry Mags?

sad times.victims of circumstances and allegedly progress.Good luck to all the staff and hope they all find employment in near future.

It’s a shame to hear this, I have been a reader of the magazine for over 15 years. Quite an expensive medium to advertise in when things are so tight.