After a relatively calm period post-lockdown, and H1 results which showed some promise moving into H2, the Safestyle share price enjoyed a sustained period of growth, reaching 58p per share at one point. For context, at it’s peak the price was comfortably above 300p per share, but given the battle with SafeGlaze UK and it nearly knocking over Safestyle the share price has been in recovery mode ever since.

That all changed however in mid-September.

Take a look at how sharply the price fell from September highs: 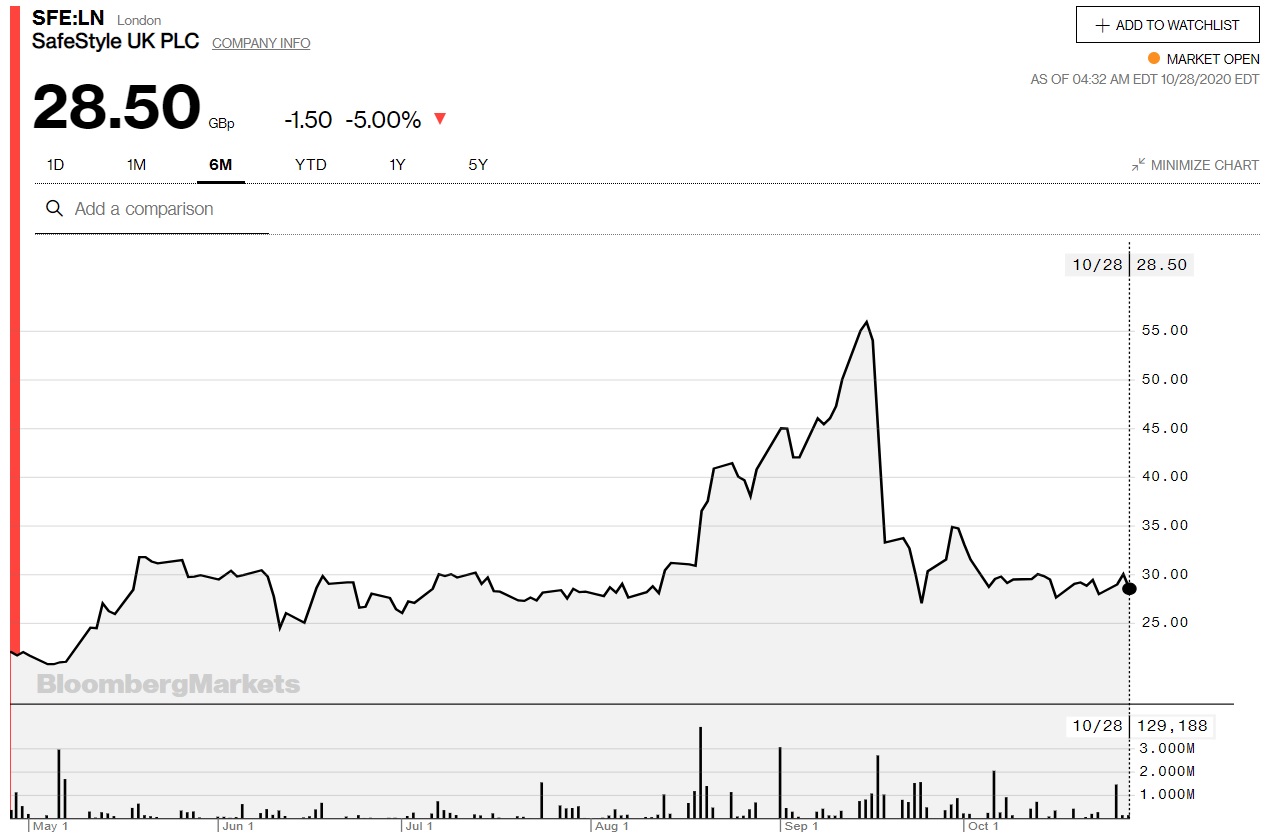 The main price drop began before the H1 results were published, however, the drop continued after the results were made live. This was also the time where it was becoming evident that the second wave of the pandemic was firmly taking hold and rises in cases and hospitalizations were accelerating. Perhaps it was this, along with the introduction of new restrictions that was the trigger for the drop in the share price.

At the time of writing, the share price lies at 28p, down more than 6% from yesterday. The all-time low is 14p, so there is still some way to go to touch that particular benchmark, but at 28p, it represents a huge pullback from the progress made earlier on in the year.

DGB is an opinion site and should not be used as a source of stock market advice.