The Panoramic Products, consisting of Panoramic Group and Panoramic Door have appointed a liquidator according to documents that are publicly available in The Gazette.

Troubles at the company have been well documented on social media for a number of weeks and months now, but this is the first official documentation in the public domain that confirms it.

According to the documents posted in The Gazette, this is the current state of affairs for the three companies within the group: 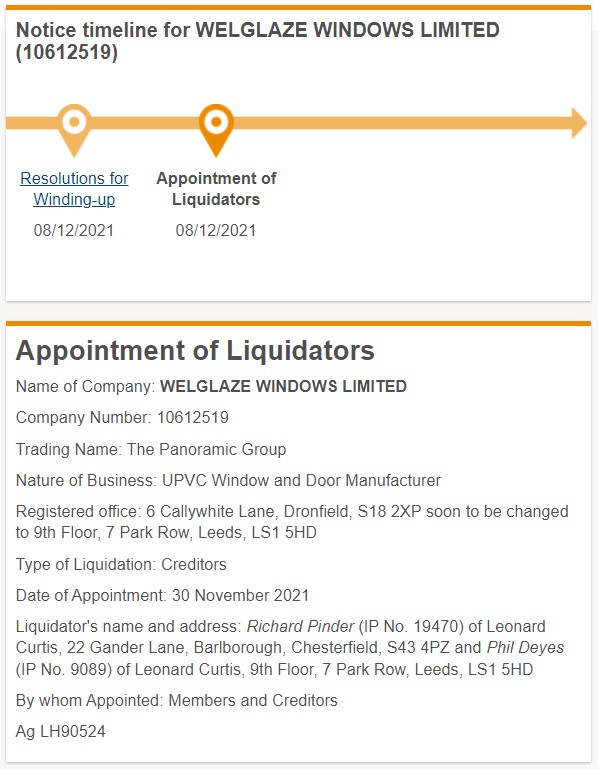 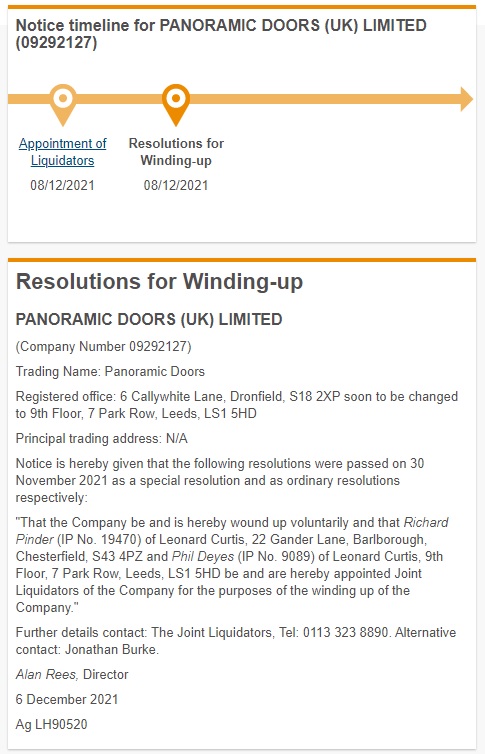 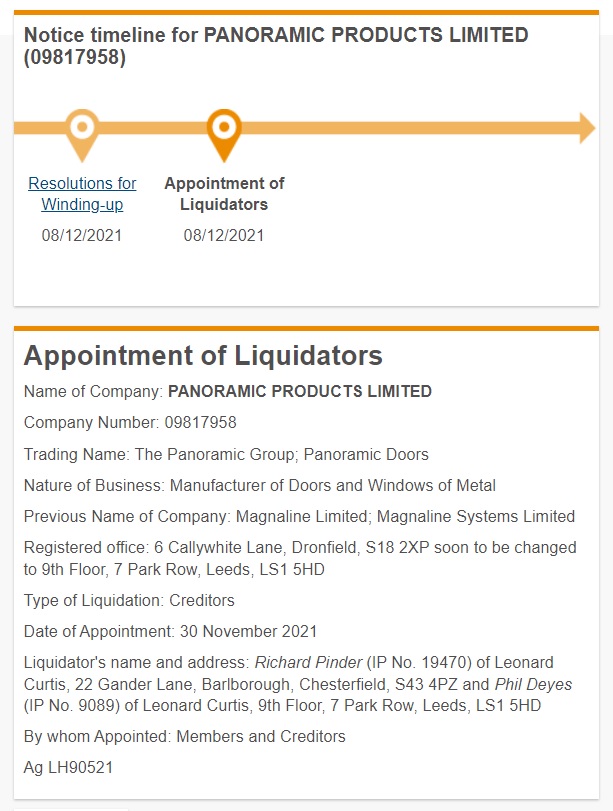 A number of accounts on social media have been purporting various activities of the business, none of which I can independently verify. Hence any reporting on the matter will be based on information that is publicly available.

One thing that sticks out with me however is the lack of general anger around the situation. It wasn’t that long ago that Customade Group went to the wall amid a firestorm of criticism about the handling of the business, the conduct of certain people at the head of the company and the effects the company going bust will have on other companies. I had never seen anything like it during my time in this industry. A large number of well-known names and voices within the sector, including major companies, came out and distanced themselves from the company. As far as I was aware nothing like this had ever happened.

My worry at the time though was that this would be a one-off event. That the industry only spoke out because it affected certain people and companies. As is such, the anger which we saw around the Customade affair has not materialised with Panoramic. What we’re seeing is selective anger and comment depending on who the company is and who it affects. This is the problem when a precedent is set. You either have to follow through with it and make it the new standard or you don’t. If you don’t then it devalues and makes a mockery of the reaction of that precedent.

Attention will now turn to those who are owed money by the company, the suppliers to the company and what form any new business might take. It’s important to remember that whilst the industry is going through a very healthy patch, we will still see some casualties.

The Customade affair was so annoying to so many in the industry, as it was blatantly obvious what was going to happen for months (if not years). Also it was the fact that it was so obviously planned to ditch any suppliers (and debts owed to them) that they decided they could cope without in the new group and leave them owed £. (Or even believing it’s ok if we owe them a fortune in that old company as they will still want to supply the new company due to the volume we could offer them.) Then the arrogance to… Read more »