Continuing this mini-series in which I explore some of the products that have changed and are changing the industry we work in, it’s time to take a look at a niche product that turned the PVCu market on it’s head. Timber alternative PVCu.

The one thing that PVCu was really never able to do was to look like wood. PVCu rose in popularity thanks to it’s low maintenance and low price. But the early stuff wasn’t winning any prizes for it’s looks. It was pretty dire.

The industry brought out some crude wood grain effects, some of which have stuck around, some haven’t. Mahogany was pretty poor. Light Oak has stayed the course, Rosewood has filled the gap Mahogany left behind, and Irish Oak is easily the best of all the wood grain effects.

Yet, these were all foil finishes onto a PVCu product that still lacked anything to help it resemble timber in any way whatsoever. That was until a company called Evolution got the ball rolling over ten years ago. 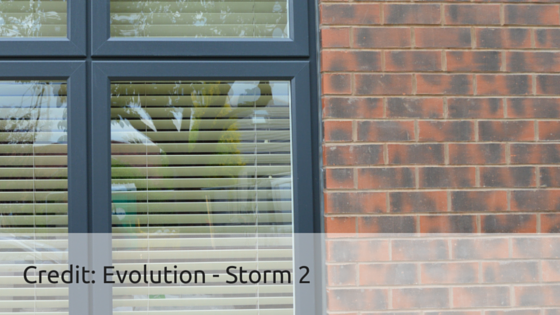 It was their first window product, the Storm window, that created the timber alternative niche. A dedicated PVCu window product designed from the ground up to replicate a genuine timber look. Since then, the industry hasn’t looked back, and in the case of Evolution, their Storm 2 window, along with their other window and door products, have taken timber alternative PVCu to greater heights.

From niche to full blown sector

Evolution of course isn’t the only one driving forward the progress of PVCu. Residence 9 is probably the industry’s biggest PVCu timber alternative company, with their immensely popular 19th-century flush-sash window system.

If Evolution was the company to start the ball rolling, Residence 9 was the company to explode it’s potential across the window and door industry. Two very different companies, but both have helped to take timber alternative PVCu from niche to full blown sector. No mean feat in an industry that is notoriously stubborn when it comes to change.

Yet, here is a relatively young product that in a short space of time has forced the PVCu sector to re-think the way it operates and the products that it offers.

There was no doubting that the PVCu market in this country was way behind the window sectors of other European countries. The rise of timber alternative PVCu windows and doors gave the market here a jolt that it desperately needed. Since then, it’s not looked back.

The dawn of this new age of PVCu has forced many manufacturers to up their games and not only introduce a product to fit in with the new timber alternative market, but PVCu in general.

Right now there has never been so much choice available in the PVCu market. Endless colours if your supplier has an in-house spray booth or uses a sprayer like Kolorseal. Stock foil ranges are increasing year on year. The variety in traditional and contemporary ironmongery is huge. Add in mechanical joints, deep cills, Georgian fretwork and flush fitting sashes, the customization of our products has never been so extensive.

The timber alternative market fits in with an ever more savvy and demanding general public, who when in the market for new windows and doors, expect to see a wide range of choice and styles to suit them, not what everyone else has got.

Timber alternative PVCu has changed the industry because it has shown us that PVCu can look as good as timber. Although timber die-hards will disagree completely with that, the truth is that certain timber alternative windows and doors really do give their genuine timber counterparts a very good run for their money. And are sometimes more cost effective too.

It has changed the industry because it has got us all to think of PVCu in a different way. Yes there will always be the budget end, that won’t go away. But it’s shown us that when done well, with thought, skill, investment and creativity, PVCu windows can look damn good.

There’s no going back for PVCu now. The sector has been shown the way forward, and the timber alternative market is certainly that.

I still believe sustainability will be the issue going forwards. The UK construction industry has always been resistant to change but modern imitations of traditional materials have taken most sectors by storm. But in this case, environmental issues are real. The next generation of consumers will be more conscious of sustainability than we are now. And the attraction of timber as both sustainable and maintainable for long periods of building life are already seeing a growth in sales.

I love the products you mention, they look great, but I also love timber.