In just under two months, a raft of newly updated Building Regulations will come into effect, with new rules on ventilation and minimum u-values having direct impacts on the fenestration sector in England.

Last week I ran a poll on Twitter to try and gauge whether the sector felt ready or not in view of the rapidly shrinking timeframe we have to be ready. The results were not all that encouraging

Only a third ready for Building Regulations

This is the question I ran on Twitter for a week, and the results it gathered: 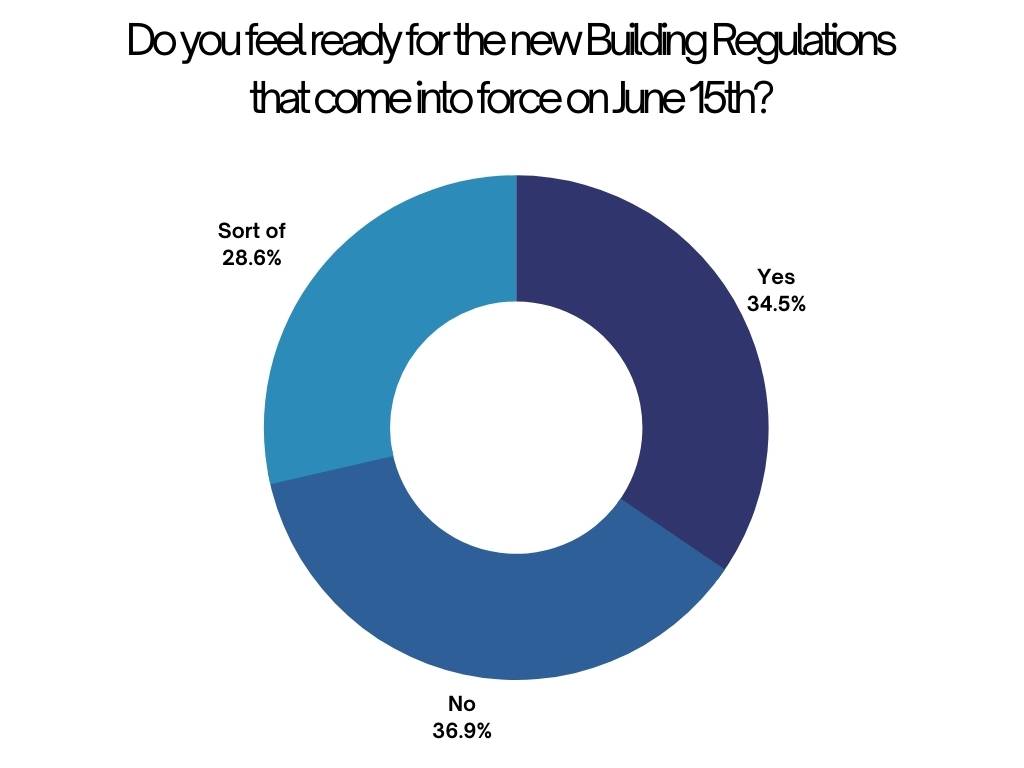 Given that we have very little time left to understand what the new rules are and how they are going to affect us, to see the “yes” answer score under 50% is concerning to me. I accept that understanding updated Building Regulations is never an easy task, and the documents published by Government aren’t exactly easy to consume, but with the window of time narrowing these figures really needed to be better.

Then we have to question why we don’t feel as ready as we should be. Is it industry apathy and reluctance to accept changes? Is it a lack of educational tools within the sector to help interpret and understand the new rules? Is it just poor communication? Whatever the reason is, moving forwards we have to address the reasons why we don’t feel prepared as there are going to be many more changes in the run-up to 2025 and the Future Building Standard regulations.

During these last two months, we are likely to see a flurry of activity from industry suppliers and trade bodies attempting to educate as many as possible on what the new rules are and how they will affect their business.

I sense a mad scramble to the finish line in these coming weeks. But the reality is that the sector, in all parts of the supply chain, really should have been more engaged with the entire process, not just in the remaining weeks before new rules are enforced.

Consider also that when it comes to ventilation, installers will have already been affected as far back as February. Even though sales activity appears to be slowing, the backlog of work carried over from 2021 means many installers still have many months’ worth of work booked in. They will have had to have been thinking about the inclusion of trickle vents just after the start of the new year.

Against a backdrop of increased marketing and awareness around the new rules, I still suspect there is going to be a significant proportion of the sector that will not immediately comply with the new regulations. Especially when it comes to ventilation and trickle vents. New minimum u-values aren’t really going to cause all that much fuss for windows as many systems already achieve 1.4, which means very little work is required. Ventilation on the other hand is a very different matter. You only need to look at various forums on Facebook and other platforms to see that some installers will comply, and others definitely will not.

Perhaps over time that stance against the new rules will soften and some companies will fall into line, but others may stick to their guns and claim that pressure from homeowners forces them into doing what they do. What we do know is that the ability to police the new rules is almost zero, with one trade body admitting so. It means there is going to be a moral battle between those companies who choose to play by the new rules, versus those who know they will be able to get away with flouting them.