The Next Door Market Battle Is Internal

The Next Door Market Battle Is Internal

In a further sign of the strength and belief in the growth of aluminium within wider fenestration, there is a growing battle in the emerging market of aluminium internal doors.

From what I have seen so far, there appears to be healthy growth potential in what is still a very new niche within the market.

If you’re on Pinterest, Instagram, Twitter or Facebook, you’ll have seen images of fancy homes or major renovations where a large proportion have opted to go for the steel effect and glass when it comes to internal doors.

Aluminium internal doors are exploding in popularity. I do believe that the trend can be traced back to social media influence and internal design trends energised by the likes of Pinterest and Instagram. But the end result has been the creation of a new niche within fenestration, which has its links in the wider residential aluminium sector.

Steel-effect aluminium internal doors aren’t shiny brand new, they have been around for a fair few years now, but have played around the periphery of the sector for a while. Only in the last two or three years have they begun to really break through into what you would consider as more of a mainstream, again boosted by popular images of the products on social media. 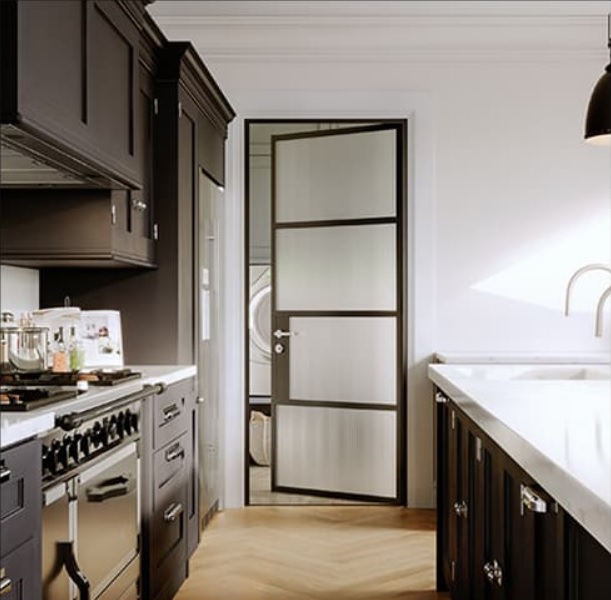 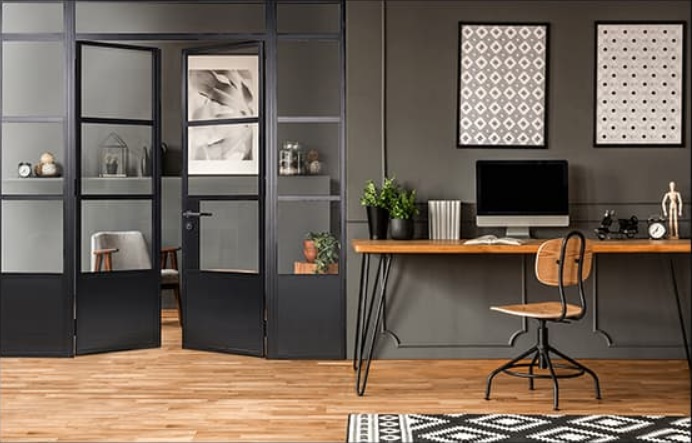 That steel-effect look is now being popularised within the aluminium market. But you can see a clear trend over the last five years for demand for that type of products thanks to data from Google Trends:

They join other companies such as Aluco, FGC and a small selection of others who have been selling aluminium internal doors for a little while now. In the years ahead I expect other aluminium systems companies to add an internal door option to their product portfolio as demand grows.

If I’m being honest, considering how popular steel-look internal aluminium doors have been on social media, I would have thought demand would have been a little more advanced than it is right now. I’ll put that down to pandemics and otherworldly events that have set many other things back.

As it is, we now appear to be at the start of a race to capture what I believe to be huge growth potential in what is still a niche within the wider door market.

I maintain that social media will play a huge part in that growth. Image-based platforms like Instagram, Pinterest, Facebook, even Twitter, will become a huge driver of interest in the product and will in turn generate plenty of leads. There just needs to be enough suppliers and installers out there on hand to make the most of the demand.

It’s easy to see why they are so popular. The sleek Black lines with minimal frames, stunning hardware, maximum light between rooms and no painting of wood. They are a product that is not only “on trend”, but are practically very useful and suit a number of internal décor styles.

That being said, aluminium internal doors are not the cheapest internal door available. They will retail in the low four-figures, which by internal door standards is expensive. Internal timber doors are considerably cheaper, but the low-end versions are nowhere near comparable in quality to their aluminium counterparts which we are talking about.

So there is going to need to be some education and expectation management with homeowners. Not everyone will be able to afford them. But for those thinking about it, who might have the budget, there are plenty of USPs with aluminium internal doors which can make them a healthy seller within the internal door market.

As for installers, aluminium internal doors present an ideal additional selling opportunity. Many are already familiar with aluminium windows and doors, so the addition of an internal door shouldn’t pose too much work. It’s a product which we know is already in demand. It’s a product we already know is very stylish. The consumer is already aware of them, it seems to be just a matter of making them available. I have argued in previous articles that in a downturn installers and indeed fabricators need to look at new innovations to open up additional revenue streams. This seems an ideal option to me.

Over the next few months and years, I expect there to be a race for dominance in this relatively new niche. And at that point, it will stop becoming a niche and will be its own legitimate small market.