How And Why We Diversified Our Installation Business In 2022

How And Why We Diversified Our Installation Business In 2022

It was at this time last year that I began to see a change in the marketplace. After nearly two years of total boom following the end of the first lockdown, the rampant spending from consumers was coming to an end. Inflation was becoming a much more talked about problem, vacations were much more accessible and the glut of money people had saved began to run out.

We had a discussion at our place about what we needed to do to not only maintain the growth we had seen over the past two years but to continue that growth trend in the coming years. We took the decision that we had to commit to becoming as high-end and luxurious as possible. We knew that the traditional spenders, the middle-class types, family types, and those with mortgages and kids were likely to slam the brakes on spending.

I think we called it right. The type of people that were freely spending in 2020 and 2021 have firmly stopped during this year. But the wealthier demographic has continued to spend well. That is the bracket we have aimed for and as a result, we’re going to finish this year ahead of 2021.

We have always been considered higher end in our local area. We have a reputation for being a bit more expensive than the others, but the products and service reflect that. At the start of this year, we decided that we have to go further down this road if we are to attract the type of clients that a recession and cost of living crisis wouldn’t affect. 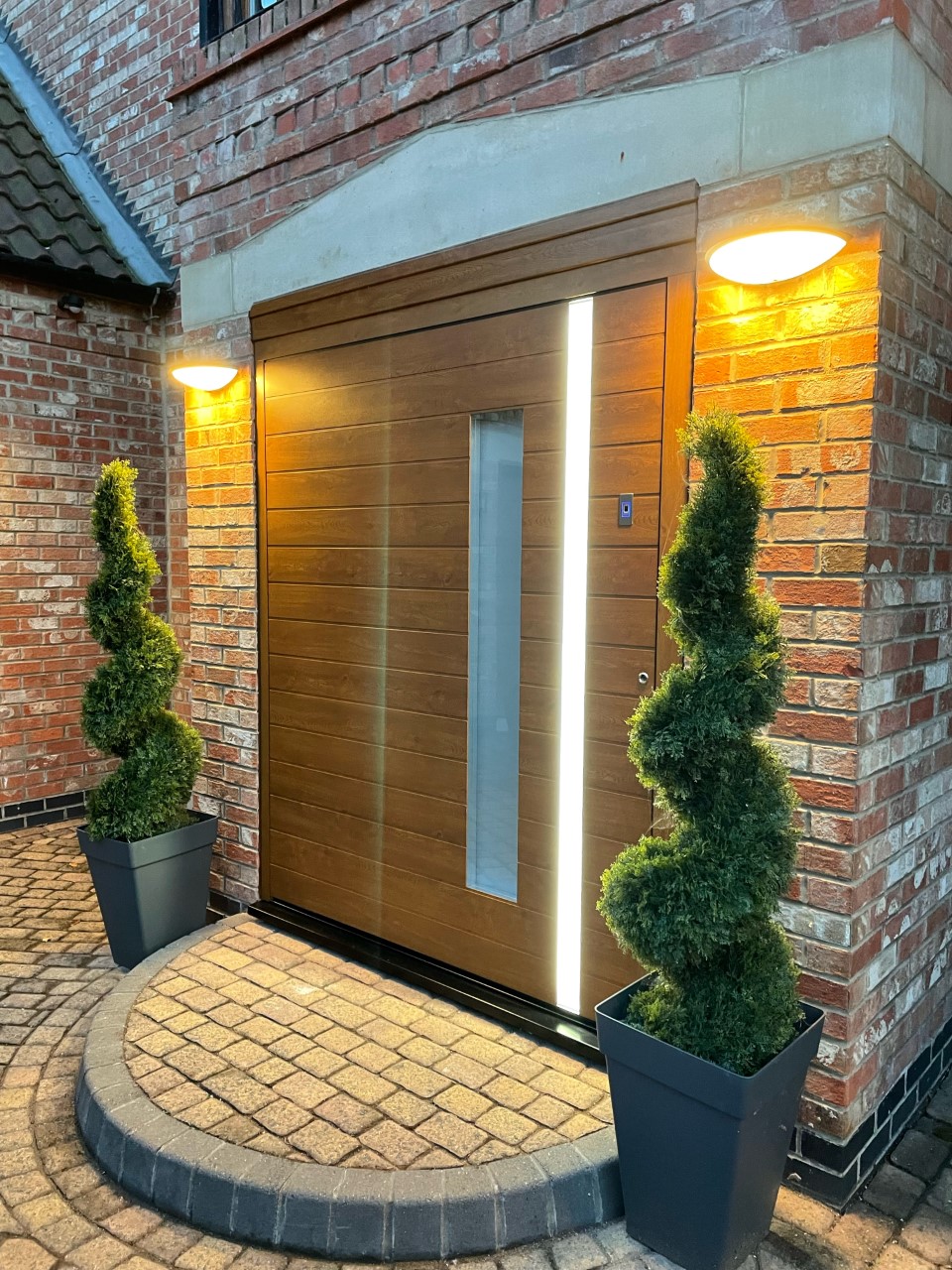 This meant that we had to diversify our product range, and cut back on certain things that were not as profitable for us. As you will have seen from my own Twitter feed, we have started to sell aluminium entrance doors from Spitfire. Widely regarded as the best entrance doors in Europe, we have found early success in sales of this product, with a number of S200 and pivot doors under our belts already. The profit margin on the pivot doors is particularly healthy. For example, we make 15 to 20 times the profit on a single pivot compared to a single standard window, depending on the size and specification of the door. So it makes sense to make an effort to attract that kind of business. Pivot doors are usually sold into self-build or very large renovation projects.

We have also sold a lot more aluminium windows, doors and sliding patio doors this year. We have done aluminium for a few years now, however, we haven’t really made a significant push until this year. That effort has again paid off with the amount of aluminium sold this year versus previous years up massively. The profit margin on aluminium jobs is also higher in comparison to standard PVCu, so it has been very much worth the effort.

I have found particular success with PVCu flush windows this year. At least half of those flush jobs have been sold with timber-look joints from Timberweld. I wouldn’t say that I have aggressively pushed flush over any other PVCu system, but I have made sure to show clients all the frame options during the sales process in the showroom. More often than not clients have gravitated towards flush themselves, then chosen to spend the extra on upgrading the welds to timber look joints. I would say that at least half of the jobs we have sold as a company in PVCu this year have been flush. Again, we make a better margin on flush than standard PVCu so this has been a great revenue source for us.

We are beginning to push flat and lantern skylights in the coming weeks as well. This is an area we sadly haven’t paid as much attention to as we should have. But we know the growth potential in that part of the market and we’re going to be making a much more serious effort in this area in 2023.

It’s not all been about product expansion this year. We are trying to come away from conservatories. They’re not hugely popular at the moment, even the solid roof replacement enquiries have dropped away. The margins versus the work involved aren’t amazing, and the amount of work with other trades means they’re time consuming. When you compare what we make on other products to these, we know our time is better spent selling more of what we’re already good at.

Adding more products to your portfolio means you also have to be able to demonstrate them to clients. We are lucky to have a pretty large showroom already, filled with great windows and doors in our main building. However, that space is full and certainly would not have been able to cope with all the new things that we now do. 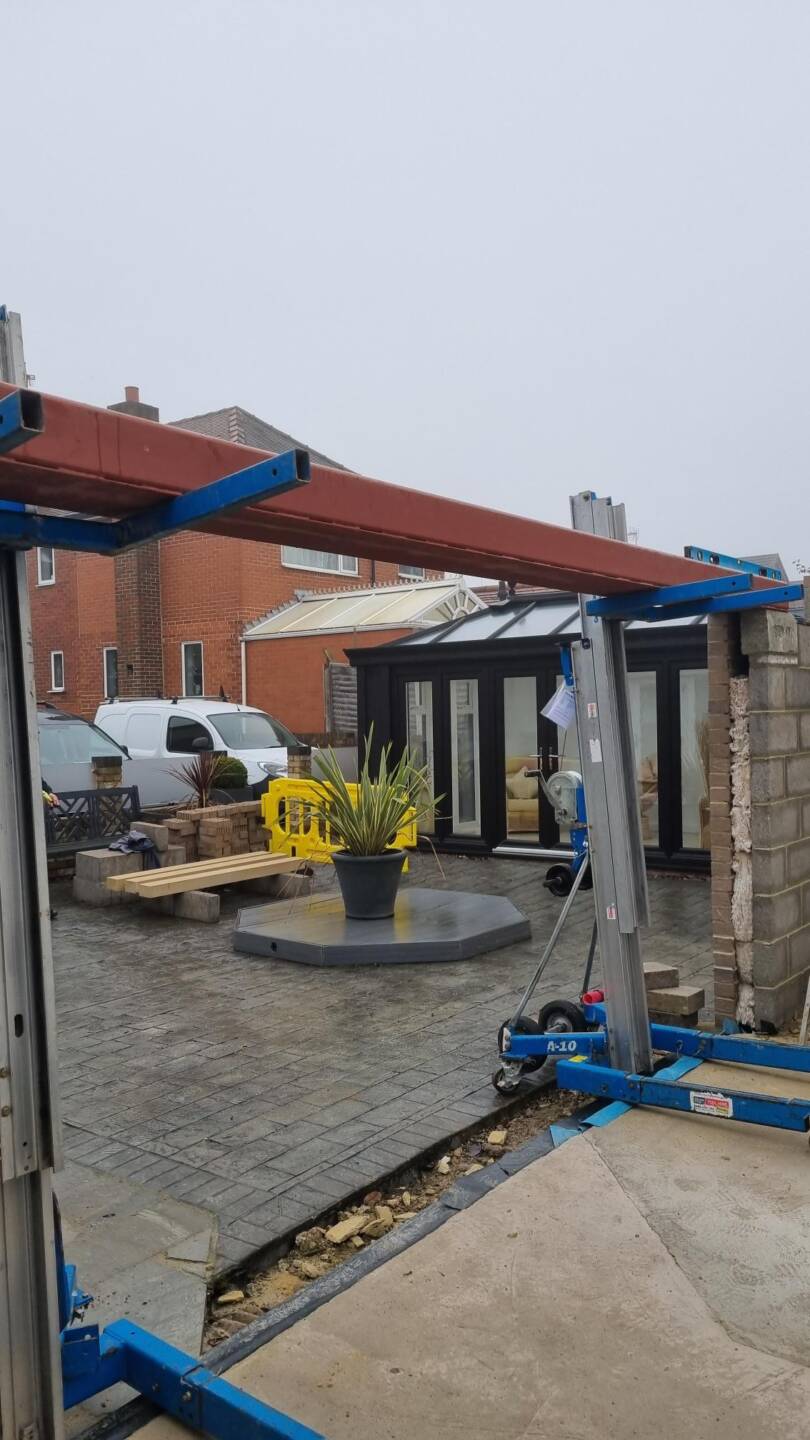 So early in 2022, we decided that we have to invest and create another showroom area. We have an outdoor conservatory show site, as well as some outbuildings. One of the conservatories was rather larger and we had always planned to renovate that into a new demo area anyway. So we pressed the button on that earlier this year and this is now being turned into a specialist design centre where we’re going to have aluminium French doors, a triple-track slider, aluminium windows and aluminium internal doors on display. This will also be an area we can invite clients and architects to hold meetings with us where we can sit down with plans and discuss their projects in detail.

Turns out one extra showroom wasn’t going to be enough. So we have ended up building two new showrooms, the second being dedicated to Spitfire entrance doors which is actually going to be one of the best showrooms in the West Yorkshire area. This room is now nearly finished and is looking fantastic! We’re also renovating one of our other solid roof conservatories where we’re removing an old aluminium system we no longer do with the Origin system that we use now. So there has been a lot of construction work in the last few months to help us facilitate our growth plans, but the investment is very much worth it and we know that in the long term they are going to be sales tools that will impress the client and help us get large value contracts over the line.

I want to thank the companies who have helped with this project as their input and support have been very important. Origin Global, Morley Glass, Spitfire and Vitrine Aluminium have all contributed in their various ways. All fantastic companies and we are looking forward to repaying their investment with us with plenty of work in 2023 and beyond.

But the point about showrooms is important. Especially if you’re trying to secure the business from high-value clients. More often than not the types of products I have mentioned are going into large self-build or renovation projects. Therefore spending decisions become far more important given the value of the contracts. These new showrooms are going to create an impressive environment and one where the client is going to be able to realise their own visions.

As part of our efforts to market all the new products that we now do, we have been updating our website and being more active on our social channels. The website is still being updated as we speak. That’s my job and during a busy week I don’t get as much time as I would like to focus on this but it’s not too far away from being finished.

Social media work is a bit different. We need installed pictures where we can to accompany any posts we send out. The power of imagery on social media is absolute so there has been more time spent trying to get images of recently installed jobs. That is easier said than done when your days are already busy. But it is worth the effort and engagement levels are always higher when images or videos are included.

We have already seen a number of leads come through to us via Facebook and Instagram. The work isn’t finished however. The website still has areas that need updating, and running social media channels is a task that is never finished.

The aim of attracting higher value clients has been achieved pretty well this year for us. We have seen revenues and profits margins up as a result. It means the work we have been doing has been effective. We’re actually one year into a three-year plan which we appear to be on track with. Next year of course the task becomes harder as we not only have to maintain this year’s level of business but increase it further.

It is worth me talking about the clients themselves. They are a different breed. Although they are wealthier, their levels of expectations are higher. We have had to become more than just salespeople. I have felt more like a project manager than a salesperson this year. Which I don’t mind. But for any company thinking of going down the same route as us, it’s important to know that the amount of work in managing these types of clients is larger. More phone calls, more emails, more trips to site. They are also prone to changing their minds and altering specifications at short notice. You have to be prepared to jump through more hoops to win the business.

Despite the extra work this year, the results for us have been worth it. We’re circulating now in different client groups. Making new connections. Seeing revenue and margin growth. And in all honesty, it has been exciting. We’re on a journey of expansion and growth in a contracting market and recession. The products we’re working with genuinely inspire me and our clients, and being involved in large projects, and seeing wrecks turned into homes is a passion of mine anyway.

The next two years are going to be hard. We’re likely already in a recession which is going to drag on far longer than we want it to. The outlook is difficult, and not everyone will make it through to the other side. But we know that in order to not only survive but thrive, we know that the path we’re currently on is the right one and we’re already seeing the results we hoped we would. I would encourage others to do the same. It’s not easy. It will require work, investment and a lot of time and effort. If you can see the end vision though, and execute your plan well, then it is very much worth doing.