If You Think It’s Busy Now, Just Wait Until The Kids Go Back To School!

If You Think It’s Busy Now, Just Wait Until The Kids Go Back To School!

Today is the last Bank Holiday of the year. Seem crazy to read that back. It means we’re officially in the final third of the year. The nights are longer than the days. The kids are back at school. The rush hour journeys to work go back to queues and horns. Also, did no on think to spread them out a bit better throughout the year? I’m sure we’d all like an extra day off work mid-October!

But despite this, when you look back at the last six weeks, many of us have been run ragged. For plenty of installation businesses up and down the UK leads have been flooding in, with sales just as healthy. The school summer holidays can be a fickle time, with some in previous years being much quieter than the one we have just experienced. However, don’t rest those feet just yet, things might just be about to step up another gear!

In a poll currently live on DGB, the majority have said it is either busier than normal or the busiest they have been in ages: 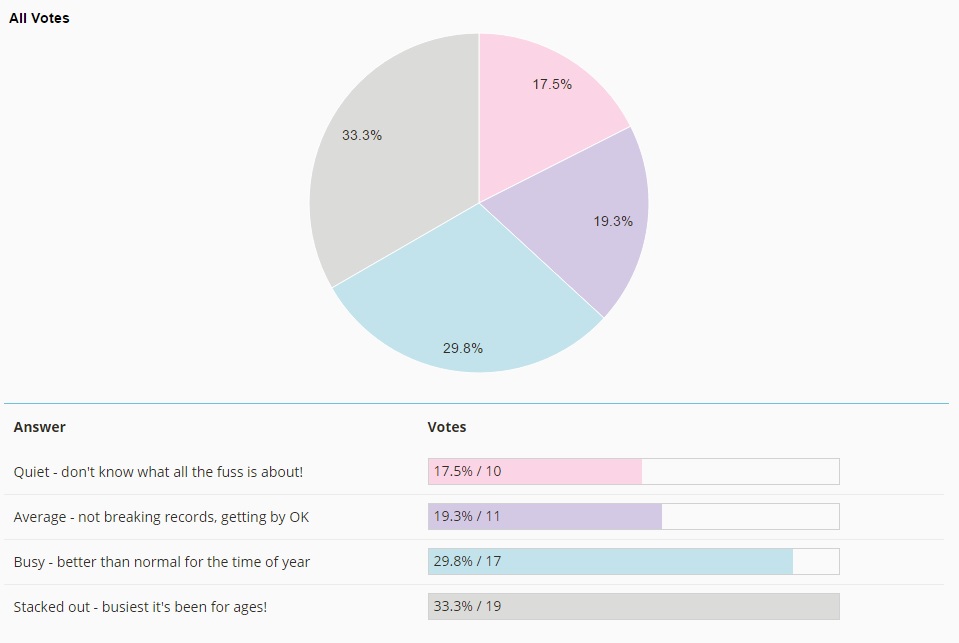 [results at time of writing]

A few saying business is average, with a worrying ten saying they’re quiet. Generally though, I think the energy around the industry right now is high.

It has lead to increased lead time for installation. Quotes are probably taking longer to get out to customers. And there is probably more beer and wine being drunk on an evening at the moment due to the stress of it all. But that may not be where it ends.

The kids go back to school this coming week, and in Scotland they’re already back at their desks. It’s generally perceived that once the new school term begins, business picks back up as parents are able to focus more on things at home instead of entertainment. Well if that is the case, and judging by the amount of business done during the summer holidays, we could be in for a bumper pre-Christmas period.

For the humbugs out there, even considering Christmas at the dawn of September will be thoroughly displeasing. Yet as a busy industry, we have to now start thinking ahead. For those who have an eight week lead time, in theory, customers who place an order at the beginning of September will not get their products fit until the beginning of November. That’s practically Bonfire Night.

This is generally the period now that home owners who have put window and door replacements down at the bottom of the list start to panic as time before the Winter sets in starts to run out and places for pre-Christmas installation. Given that an eight week lead time right now will leave just seven working weeks left, many installations companies may start to become fully booked before the end of October, if not earlier.

If you thought it was silly season during the summer holidays, it might just get even sillier over the coming weeks!